GODZILLA is quite possibly the most iconic character in cinema history, an embodiment of the kaiju genre which we have seen done over and over again. Ever since he first rose from the ocean depths to lay waste to Tokyo in 1954, the King of the Monsters has come back time and again, in sequels, reboots, toys, comics, and multiple cartoons. When watching this latest iteration of Godzilla, two questions came to mind—does it live up to the hype, and does it offer anything new? To both questions, I give a resounding, “hell yeah.” 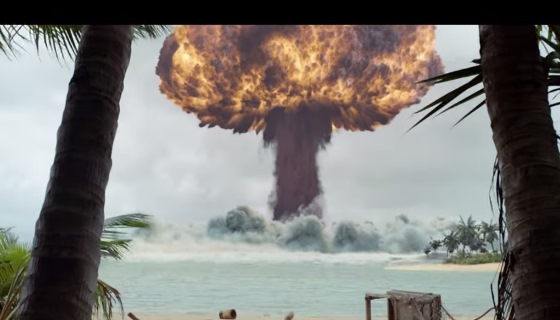 Directed by Gareth Edwards (Factory Farmed, Monsters), this movies goes back to the roots of the film franchise, giving us devastated cities, superb battles, and of course, gargantuan monsters that thrill us as much as they make us want to run for the hills. No romantic subplots, no government intrigue, just property damage in the trillions and Godzilla's trademark scream. It's not a particularly challenging equation, and Edwards does this cinematic legacy proud.

The film focuses on Joe Brody (played by actor Bryan Cranston of Breaking Bad fame) and his son Ford (Aaron Taylor-Johnson, star of Kick-Ass and Kick-Ass 2). These two are swept into a showdown between Godzilla and a pair of insect-like leviathans known as MUTO (short for Massive Unidentified Terrestrial Organism). After a nuclear power plant where Joe worked at in Janjira, Japan is wiped out unexpectedly, he becomes obsessed with finding out what happened. The entire area is quarantined by the government, leading to Joe trying some less than legal methods to learn the truth. 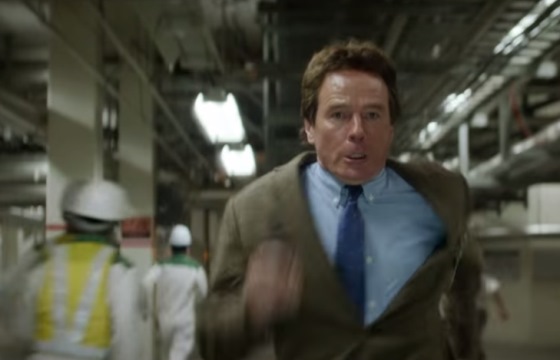 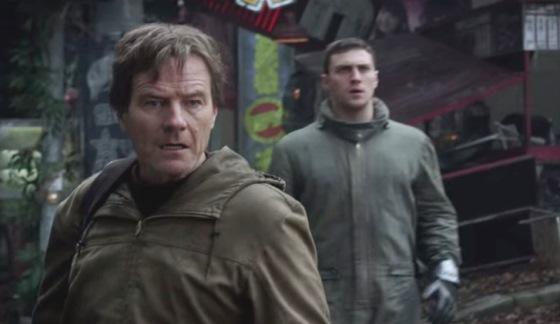 Meanwhile, Ford—a lieutenant in the U.S. Navy—does his utmost to get away and start a new life, but circumstances uproot him and slam him right in the middle of what quickly becomes a fight for the very planet. No pressure, right? Both give a commanding performance, never once giving us the impression that they are in any way capable of dealing with the events unfolding around them. In fact, they're totally out of their league, which I like, since it really leaves it up in the air as to whether they'll survive. They're doing the best they can with what they have, and in some cases, that's not much more than giving a G.I. Joe to a scared kid as one of the MUTOs approaches.

The special effects are spectacular, and the painstaking detail used in crafting these monsters—from the serrated plates on Godzilla's back to the eyes of both MUTOs—brings them to life in a whole new way. The result is a breathtaking series of visual milestones, from the hatching of the first MUTO to the unleashing of Godzilla's radioactive fire breath. Part of me pines a little for the cheesy rubber suits, but that's just nostalgia talking, and I give props to the hundreds (seriously, watch the credits if you think I'm exaggerating) of people responsible for the effects. These enhance an already solid piece of writing, rather than be the shaky platform upon which the film is built.

The original Godzilla was meant to be a metaphor for nuclear weapons, with the bombings of Hiroshima and Nagasaki still fresh in the minds of the people. The origin is retconned for this latest iteration, but I like the new ideas. There's a clear message that humanity has taken technology and used it as a crutch far too often, but I don't feel like it's rammed down my throat.

THE WHAT COULD HAVE DONE THIS? EFFECT OF THE SLOW REVEAL

One element I really liked was the slow reveal of the monsters. Edwards doesn't want to forget the human side of the story (both figuratively and literally), so a lot of time is spent on the cast and their own stories. The star of the show doesn't make an appearance until nearly halfway through, and while it's a move that some have derided, I think it effectively builds the suspense. When Godzilla lets loose with his epic roar, I was grinning ear to ear. With incredibly detailed monster design, intense action, and suspense that had me holding my breath, Godzilla's a win for fans of big beasts and leveled landscapes. Long live the king. 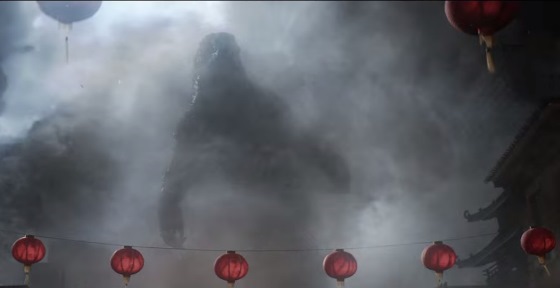