FILM - Emperor is a study of war, love, contradiction 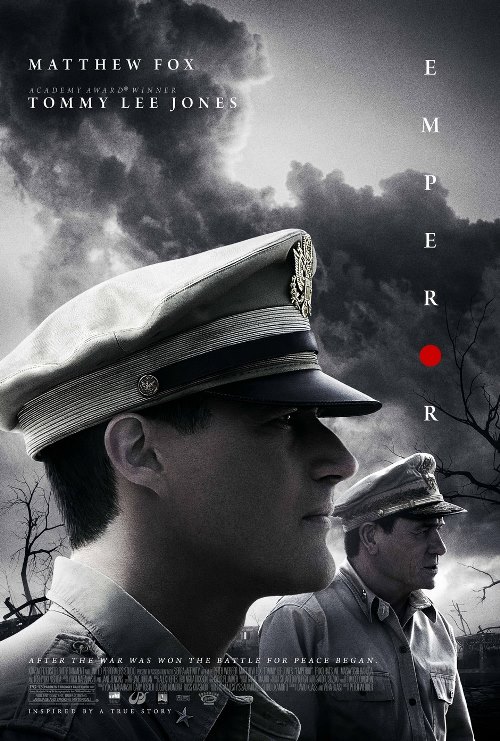 Picture this scenario. It's Japan, 1945, a place and a time in which makes being a visiting American, difficult to say the least. You’re visiting a country that just went to war with yours, at the end of which, your nation wiped two of their cities clear off the map, and leaving many others little more than charred, rubble-strewn wastelands. Suffice it to say the cartographers as well as the citizenry are pretty pissed at you. The purpose of your visit? To determine if the leader of this country is responsible for their participation in the war, and if so, to bring him to justice. Making things difficult for you? The Japanese people regard this leader as a living god, and are prepared to lay down their lives in his defense.


In “Emperor,” directed by Peter Webber (“Girl with a Pearl Earring,” “Hannibal Rising”), the U.S. Army has been dispatched to Japan to help rebuild the nation and investigate the role which Emperor Shōwa played in the decision to go to war. If these seem like contradictory goals, settle in, because that’s the running theme in this film. General Douglas MacArthur (Tommy Lee Jones), is the supreme commander of the Allied Forces and the man placed in charge of the rebuilding efforts as well as the investigation. Jones portrays the general as a man who doesn’t care about government, though he has aspirations about one day occupying the White House. 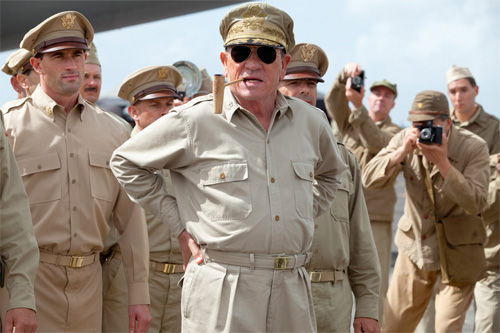 The actual investigation gets handed off to Brigadier General Bonner Fellers (Matthew Fox), partially due to his backstory: lengthy time spent in Japan and his prior relationship with Aya Shimada (Eriko Hatsune), a Japanese exchange student and his girlfriend back in college.

Throughout the movie, Fellers shows an intimate understanding of Japanese culture, language and helps determine how to navigate its political and military system. But much like his commanding officer, Fellers has his own objectives for his return. His former sweetheart Aya had returned home to Japan prior to the war to be with her ailing father, and remained there. Fellers never heard from her and fearing the worst, spends much of his time there trying to find out if she’s still alive. He retains a stoic mask during the movie, but underneath, you can tell how desperate he is to find his lost love. 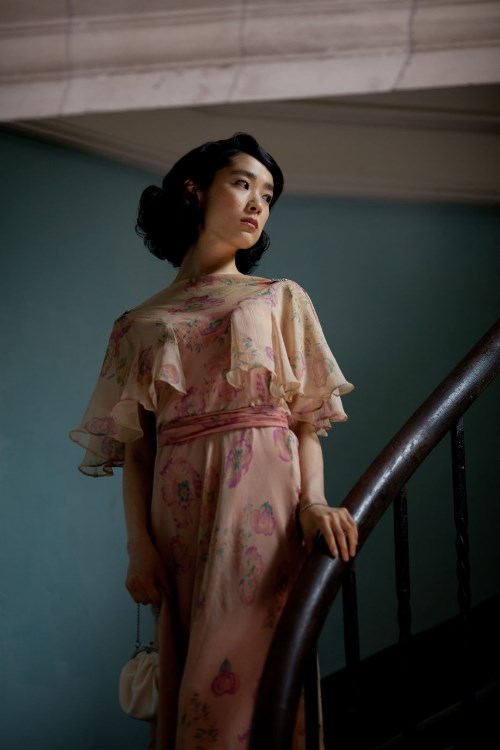 The cinematography in this film sets the scenes perfectly. Much of the shots of the ruined Japanese cities take place at night, where Fellers and other soldiers pass among the starving populace. These people have nothing left, making due with huts made of the debris of their homes and providing for their families with small gardens, a mirror of the Victory Gardens grown by American families during the war. One notable scene depicts a large, still standing billboard with the image of a Japanese soldier. The fact that it was among the few edifices left standing, serves as a reminder that even in defeat, the people of Japan remain proud - perhaps even willing to pick up the fight once more.

Much of the scenes of the U.S. Army are filmed with brown or tan backgrounds, matching their uniforms and, quite frankly, their attitudes. Aside from Fellers, it seems none of them give a damn about helping the Japanese—they’re out for blood, plain and simple. Flashbacks of Bonner and Aya are brightly lit, with vibrant colors. They’re a perfect couple and seeing what they went through in the flashback scenes was heartbreaking.

There’s a palpable tension in “Emperor,” whether it’s from the deadline imposed on the military, Bonner’s search for his lover, or the obstacles the Americans face dealing with the Japanese. The plot is straightforward enough, though at times it loses steam. The really interesting parts come in Feller’s search for Aya, while the investigation definitely takes a back seat. 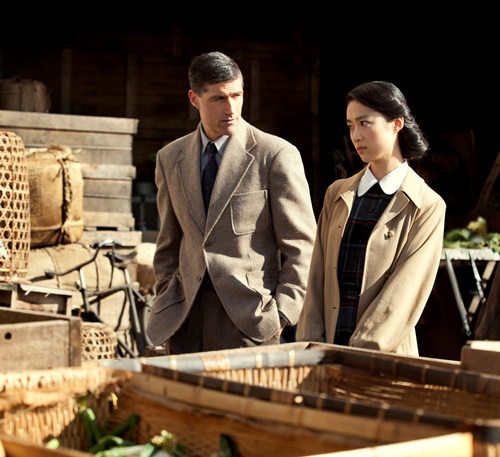 Fox and Hatsune’s acting is what drives this movie. Hatsune is a woman torn between a strong loyalty to her family and country, and a love that lasts for years and stretches across oceans. One of the reasons she comes to America in the first place is because she’s apparently too outgoing for a Japanese woman, yet another contradiction piled up in “Emperor.” Fox on the other hand, is very reserved, pretty at odds with the rest of his American brethren. But this is just a mask. He’s actually pretty emotional, and when the dam burst, it burst bad. In this way, he’s kind of like the rest of the Japanese cast. They maintain a very stoic demeanor, but this hides a heart that beats for their land. I’d say Fox is far more at home in Japan then his own country.

Contradiction is main theme of “Emperor,” and there’s a lot of twists and turns, both in the course of the investigation, and in the trip down memory lane of Bonner and Aya’s relationship. Both hold an equal importance, and unlike some historical movies with a romantic angle, the audience isn’t buried in the love story.