The Biggest Sets of Day One at Newport Folk 2014 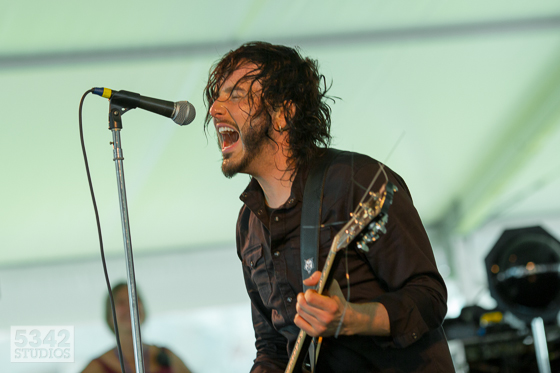 Each year a couple of Newport acts take this little sea by storm. Anyone who listened in advance realized that Jordan Cook, the guitar-crushing singer of Reignwolf, was the embodiment of change at this music festival. Steeped in the music of the past, he used his guitar like a microphone and shouted his presence at the world. For a moment there was only Reignwolf and there was only this place.

Plugged-in throughout, Reignwolf was the loudest set to be played at Newport in the seven years I have been attending. Know what? It worked. The skies didn't darken and the ground didn't open up and swallow us whole. All that mattered was Mr. Cook and company played the best set of blues-inspired rock that Newport had maybe ever seen. It was the set of the day and almost everywhere you went people were buzzing about it. 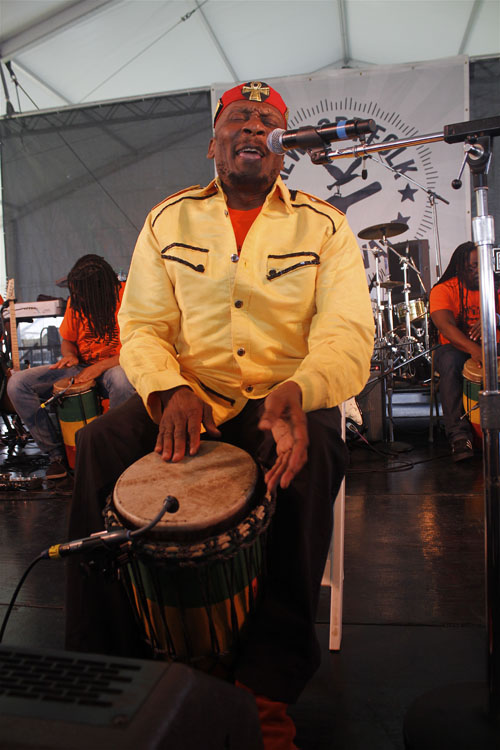 For me the most surprising set of Friday came from Jimmy Cliff. I anticipated a set that was celebratory but was readying myself to enjoy it as an exhibit is seen, digested and remembered. I was going to take it in until the spirit didn't grab me and then see another set. There's so much to see and hear at Newport, there is no crime in this. Jimmy Cliff and his band had other ideas.. This was one of the most uplifting and joyous sets I have ever seen at Newport. Hand-clapping, fist-pumping, waving arms from the crowd, so much energy -- and an undeniable spirit to create and interact. The more I think about this set, the more I realize that Jimmy Cliff is another of our treasures. I will definitely be seeing Jimmy Cliff again, and soon I hope. So righteous! 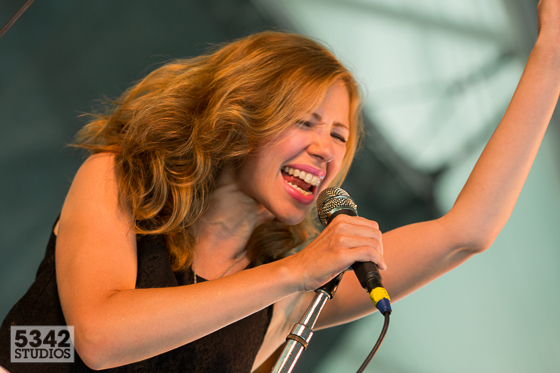 Lake Street Dive have grown in prominence the last two years and they play Newport Folk at the pinnacle of their musical prowess. My lord, I knew they were good but I guess I didn't realize just how amazing they could be. An unstoppable, sunshine set that left hundreds dancing on the Quad stage, the Lake Street Dive set on Friday offered what could be one of the most memorable moments of Newport Folk 2014: Mavis Staples stepped on stage with the band and brought the set to a whole new level. Staples, who is more marvelous every time I see her, turns 75 this year and Newport Folk has turned this weekend into a birthday celebration for her. I would not be surprised if we see Staples again, today and again on Sunday. [Insider Information: Mavis Staples will be playing with both Lucius and Puss N Boots on Saturday. You heard it here!! Is a Jack White / Pokey LaFarge collaboration also in the works for today? We'll see! - Ryan] 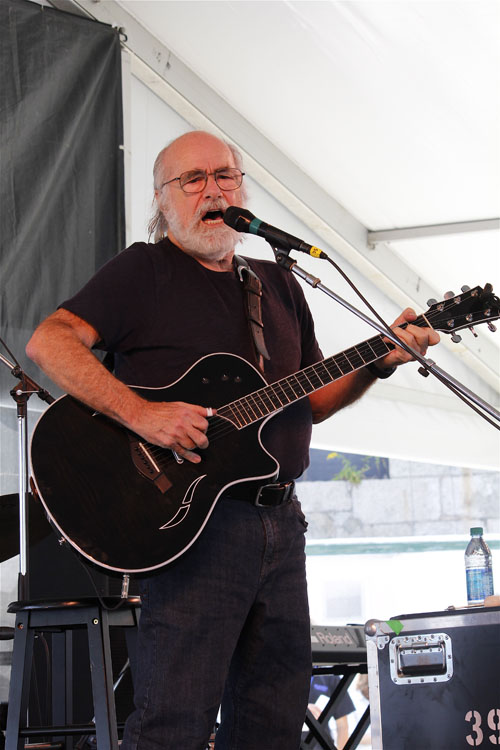 I get into these esoteric and creativity conversations with songwriters all the time. I'm most amazed by two very simple precepts of songwriting: the genesis of the song (the moment it ceases to be a passing breeze and starts being a thing) and the way that music comes to life when the songwriter begins working with other musicians or that song gets covered by someone else.. The song's the thing. And with that in mind, I ended up spending a great deal of time with Robert Hunter on Friday. To hear the music he's responsible for be played at Fort Adams, an area swarming with all kinds of creative spirits and old ghosts, really fired my brain up. In a moment, we see we are but a small thing but also connected to everything else. And sometime later, the set is over and you realized you and 2,000 other people just had what amounted to a religious experience through music. Very special!


BAND OF HORSES ARE THE RIGHT FIT AT NEWPORT 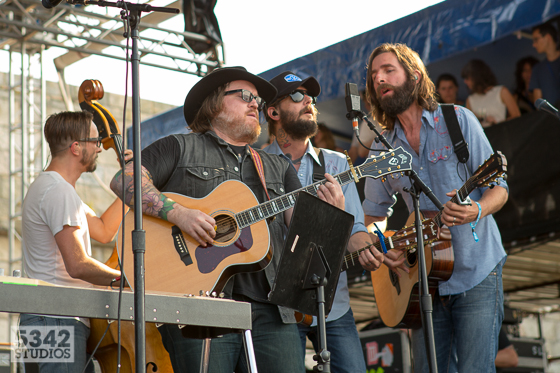 Magic Folk Moment of the Day for me came during the Band of Horses set. I've done so many of these wonderful Newport events, I look for really great takeaway moments that I can cherish for years to come. Sitting and watching Band of Horses play the Fort Stage under a gold and blue sky has to be right up there with individual performances of Alabama Shakes, Billy Bragg and The Decemberists - amongst the best sets on the big stage in many years. The band sound so very amazing right now and Newport Folk was a perfect fit.

Funny Side Story - Some years ago, I was talking with Newport Folk Executive Producer Jay Sweet about acts that could be plugged into the lineup in upcoming years over a beer. I quipped, "Band of Horses would be a really great fit," and Jay said something to the effect of, "I woud love that, but c'mon, that will never happen." (Read the Rolling Stone article that touches on Newport's ability to make the impossible happen.) Fast forward to Friday... Not only did it happen, it was as amazing as I knew it could be. This is a band you should be seeing if you have the chance. Their new live album, recorded at the Ryman is most-worthy. 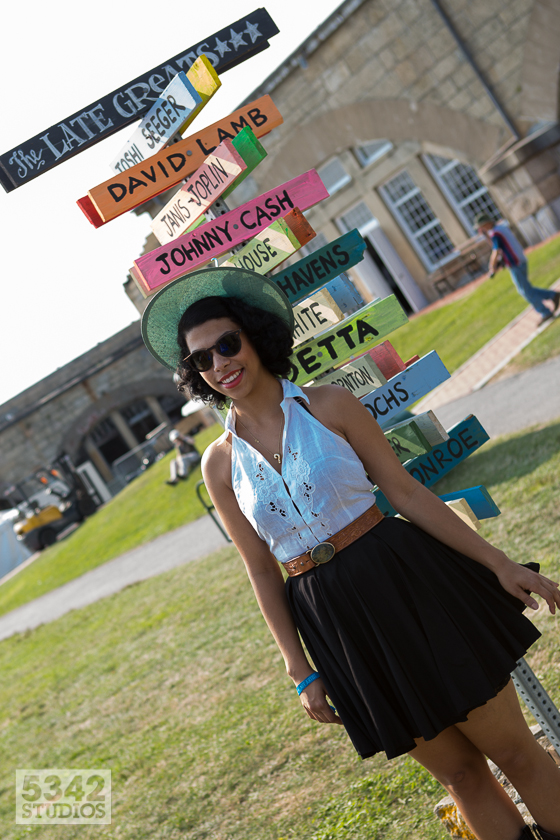 Each year planners take the Newport Folk Festival in a series of interesting new direction through initiatives and (clearly) through the music. The Festival has evolved so rapidly from a two day music event, to a successful music weekend, to a three-day long weekend-long music event with spin-off events happening in the evening and somehow, everything is still grounded. Part of that uniqueness comes from the limited capacity. Planners sold something like 11,000 tickets for each day well in advance. The festival is sold out before a single artist is announced and that means there's a lot of trust inside the stone walls of Fort Adams. The people of Folk are protected - like a Darwinian island, the events on these stages are insular, special and true. But this is a paradox because change is the rule here as well.. As most clearly noted in the artist and genre mixes. One thing never changes: the Folk are happy. Children dance and play, while a few feet away sailboats drift by and the ocean air lifts the clouds. This is a very special place. And my life continues to be enriched by the time I spend here. 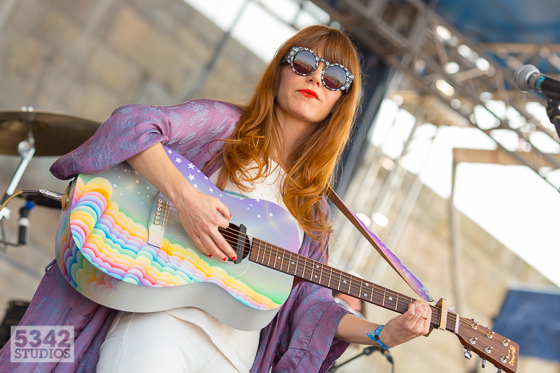 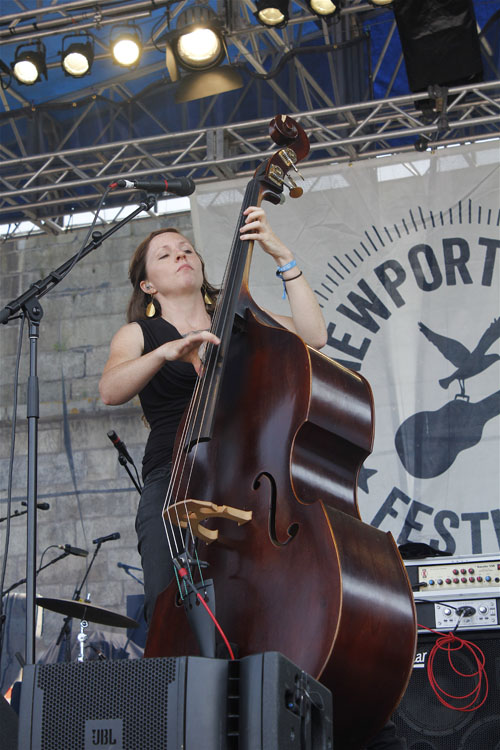 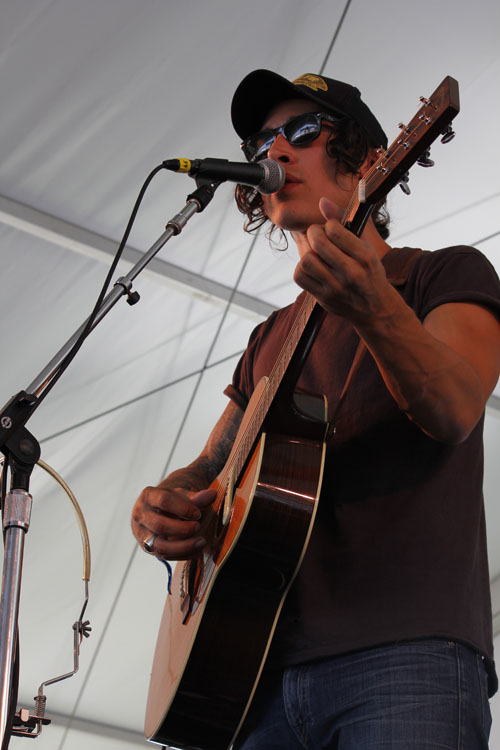 As with previous years, Newport Folk announced several new initiatives this year. With the passing of Pete Seeger, planners this have rolled out "For Pete's Sake" - a platform for Folk Musicians who carry the spirit of Seeger's life work, and of the first festivals in Newport. For Pete's Sake performers are presented in the spirit of the original Newport Folk Foundation and have been chosen for their dedication to the traditions of bluegrass, gospel and roots music. The "Pete's Sake" sets are being performed on the Fort Adams' Museum Stage - which is being managed by Chris Funk of the Decemberists. For Pete's Sake at Newport Folk this year features: Thomas Maupin, Blind Boy Paxton, Daniel Meyers, Hurdy Gurdy Band, Katie McNally, David Neimen, Matt Fitchenbaum, Sanlikol Barsamian Du, Harvey Reid, as well as workshops for Troubadours and Mandolin players.

Ultimately, the "For Pete's Sake" stage allows the fort to maintain it's deep roots and pay homage to the great Pete Seeger, while allowing planners to shift the focus of the main stages to contemporary performers who play here with every bit the same spirit, if not in the same sound. The times are a-changing still. What was a gamble by planners in 2008 (the shifting of the festival to independent sounds and to full-on electric sets) is a matter-of-course just six years later. With a Friday that featured the wild, wailing electric guitar of Reignwolf (possibly the loudest set ever at Newport) and a Saturday that will headline Jack White... This year will prove to be the most plugged-in Newport Folk ever.