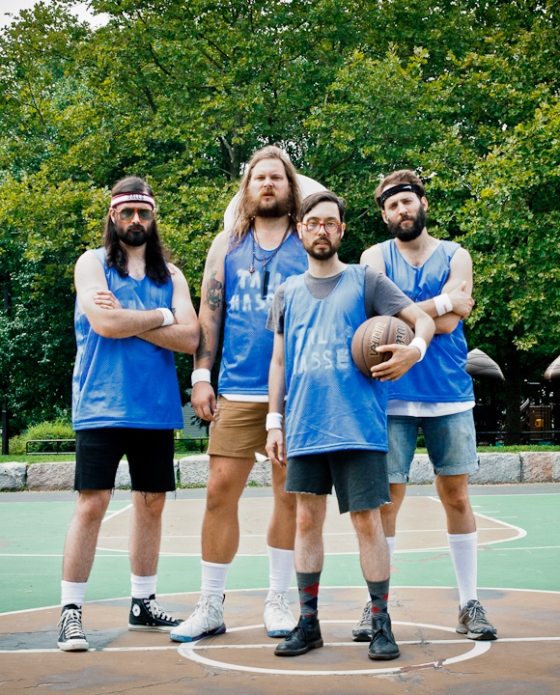 TALLAHASSEE takes it’s name from a Native American word meaning, “old town.” Touring the last year behind their ridiculously strong Best of 2013 album selection, Old Ways, the band takes inspiration from music's past and from whiskey itself. The band has been selling out North East shows for the last few years and there's no sign of it letting up.

COYOTE KOLB have a similar story, coming off a huge run of shows following the release of their United State record (RSL Best of 2012). They have a strong passion for late night and indoor play that have won them rock n roll love. Neither band has a strong background in basketball athleticism - so what better way to show off a new music video than pitting these two against one another? In the concrete arena?
Guest Stars: COYOTE KOLB bring their D Game 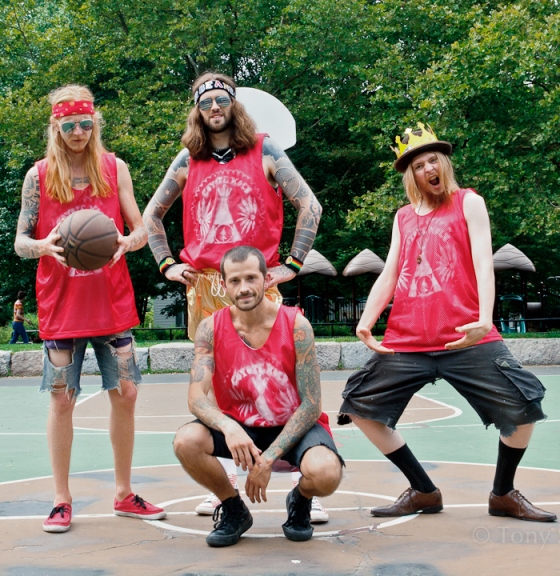 COYOTE KOLB
Album / Web / Fb / Photos
RSL's Best of 2012
ABOUT THE VIDEO - The concept of the "I Try" music video is an unexpected comical take on the otherwise focused lyrics of the song - a key track off Tallahassee's Old Ways record. While the song is about an internal struggle to do what's right even though it's not easy, the video takes a tongue-in-cheek look at music athleticism gone awry. The results are hilarious. And whether you watch the slapstick lead-in teaser video first or after the fact, the music is gorgeous. The score of the game isn't so important but the triumph of small, beaten-up guitarist Scott Thompson in the video makes us think that Tallahassee won this particular matchup. It's hard not to argue that everyone left a loser..
WORLD PREMIERE   "I TRY"
ROCK N ROLL BASKETBALL