Originally from southern Arkansas, MARK EDGAR STUART moved to Memphis 15 years ago for an orchestra scholarship - at that time he had never written a single song and played only bass. That was a long time ago and a lot of water has passed under the bridge. Over the last few years, Mark has played toured and recorded with Cory Branan, Jack Oblivian, Alvin Youngblood Hart, John Paul Keith, Star & Micey - among many others in Memphis - which continues to be one of the country's best music scenes.

In 2010, Mark was diagnosed with, and consequently combated, cancer. And that was when he lost his father.. Those difficult times that both challenged and inspired the singer-songwriter, driving his work upward into a whole new stratosphere. Mark Edgar Stuart's new record is Blues for Lou. "Remote Control" featured here today is the first single from the record. 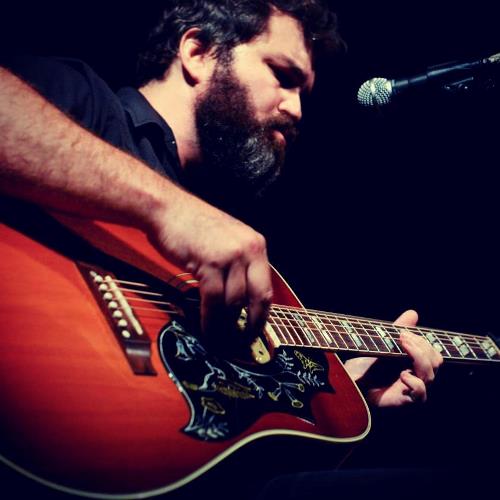 The music video was directed and edited by filmmaker Adam Woodward of New School Media. Woodward's vision for the piece is perfect for this song. It's a man in the midst of everything but apart. The scenes match the artist's vision..

"Everybody seems to react to Remote Control," wrote Mark Edgar Stuart in an email earlier this week .  "Warning: its sad.. It's a song about me growing up on the arm of my Dad's chair acting as the TV remote before there was such a thing."

Unknown said…
From someone who used to go outside to turn the aerial, I remember. Great work!
4.5.13