The Best Battle of the Bands
in America returns! 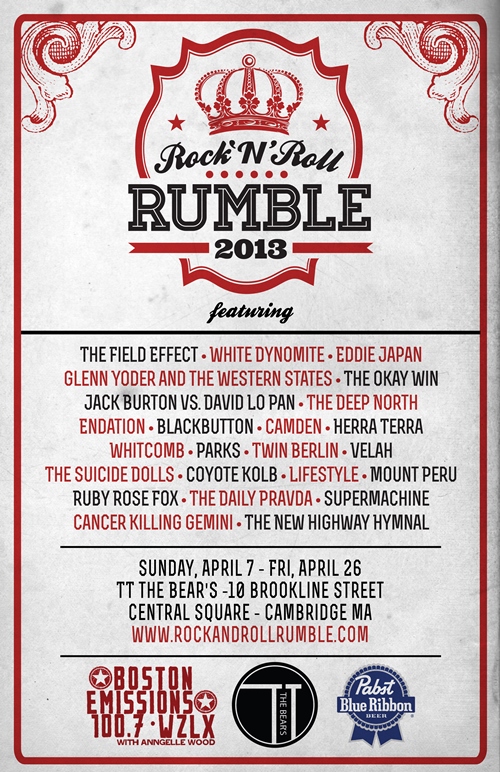 The Rock ‘n’ Rumble (wiki link) is the perfect mix of old tradition (founded in 1979 at the long-since defunct Rat) and the new (rejuvenated/rescued event featuring the crest of Boston's new band explosion). It’s also been the annual event for checking out what's happening and new in New England, but with the latest thrust of multi-disciplinary, cross-genre talent the last half decade here in Boston, attending and following this event has become requisite for understanding where the music scene is at the moment and (perhaps most importantly) where it is headed. 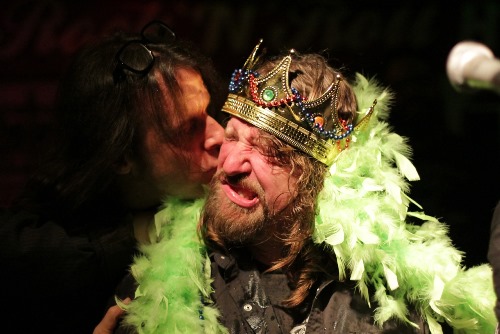 Bands can appear only once in the Rumble. Each are paid for their appearance - with additional prizes and payment going to those bands selected to move on and perform at the semifinals and finals rounds. Semifinalists and Finalists, as always, will be determined based on the outcome of the preliminaries. A special “guest band” will perform at the Finals and will be announced later in the process.

24 new bands have been invited to join the fray this year. Lineups are selected randomly. A night could include a pop band, country-western band, progressive rock act and a heavy metal band. One will advance from each night. Two wild cards (the highest rated non-victorious sets) will also advance to the next round. There will ultimately be one victor from this entire process but it's hard to argue that everyone involved: the bands, the fans and the scene - are the winners of this magical process.

As a long-time attendee all I can say about this event is to expect the unexpected.. Often times the band you don't know about or perhaps even have low expectations for is the one that shines. The bands are selected and invited so being a part of this process is a privilege. The band that seizes the moment and blows away the crowd can go far! This being said, 2013 could be one of the overall, strongest years - one of the best mix of new talent, the Rumble has ever seen. (You may want to consider catching all the shows, many do!) Check the lineups, attend some shows, monitor the results! 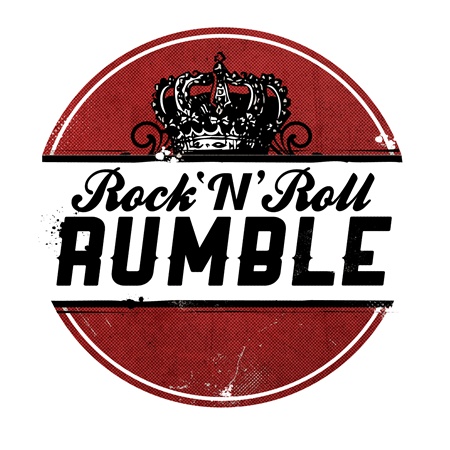