This is a new music video with Jason “Hex” Freeman - a Memphis musician who's well versed in the city's distinct cultural and artistic history - and in many ways, he's made them his own... With the release of Freeman's breakout debut, "Hex & Hell" (BR2 Music), he has clearly demonstrated he is a force to be reckoned with. But you can see that much for yourself in today's music video. The new album (now available on vinyl) comes with it's own throwback comic book.

Freeman has spent the last decade honing his skills playing solo and with the jug band-inspired Bluff City Backsliders along side current Sun Studio engineer Matt Ross-Spang. Freeman also wrote the score for MTV’s Savage Country and contributed tracks to the Brewer-directed and Academy Award-winning Hustle & Flow. Sure - Freeman's a living, breathing musician but he's also a character that's stepped right off the pages of a pulp adventure novel as well. 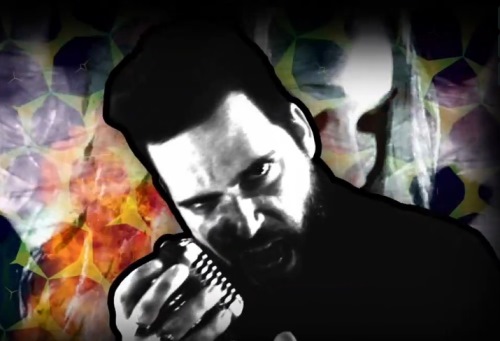 About the Filmmaker - Christopher Reyes now has 20+ years of professional, multi-disciplinary experience and has produced films, music videos, and television. He is becoming known as a visionary around Memphis - he produced and directed the Wu Hui video for Lord T & Eloise. He, too, is One to Watch.