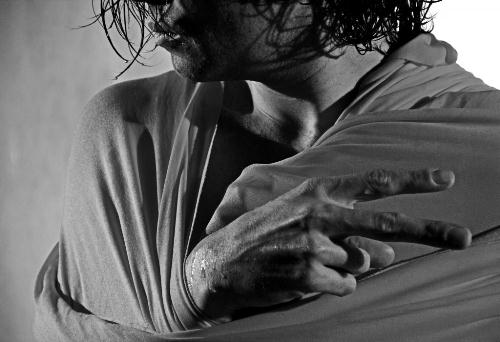 SORNE - In the last few years, Morgan Sorne has written over 80 songs. The first 13 were released in 2011 in his debut album, House of Stone, and he’s working on releasing more this year on his sophomore record, "ego altar." The album will feature songs from the perspectives of the five siblings, the star characters of the House of Stone saga.

TRACK PREMIERE - Set in no particular time or place, the story speaks of family relationships, focusing on the death of the father and highlighting Sorne’s obsession with the Divine Mother. House of Stone grew in his mind for years, the characters initially born as direct reflections of his mother and her siblings. House of Stone evolved from childhood views of family into characters with a life of their own, each representing, in Sorne’s words, “archetypes of the human condition.”

Today, SORNE the band includes Morgan, Kevin Naquin and Deano, along with a production team that brings Sorne’s music and visual artistry to life.

In 2012, SORNE performed with international acts TV on the Radio, Beats Antique, James Blake, Dr, Dog, Dawes, Blitzen Trapper, Little Dragon, Rubblebucket and more. This is a sound poised to break out in 2013.