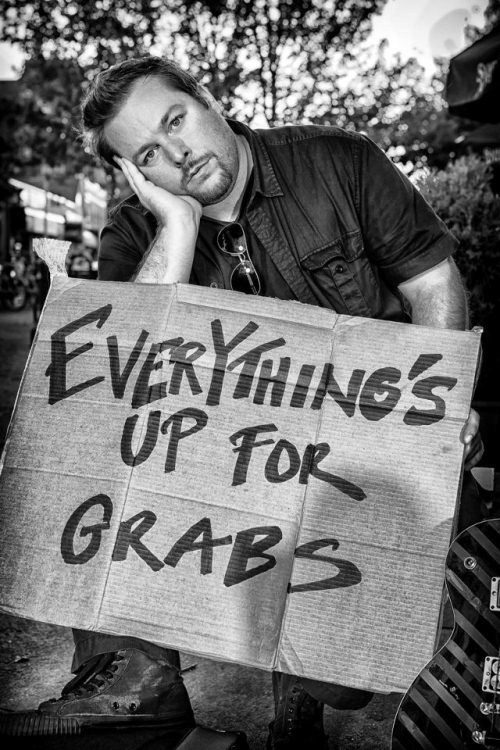 NEW RELEASE - Christian McNeill & Sea Monsters will celebrate their debut record, Everything’s Up For Grabs (Q-Dee Records) on Tuesday. Later this week the record release will be celebrated as part of a two-night celebration (Friday, Nov 9 and Saturday, Nov 10th) at Precinct in Union Square in Somerville, MA - a place the band has made home the last three years with a Sunday night live residency.

WHAT WE LIKE - The record is a beautiful throwback - it has a classic, soulful sound driven by McNeil's powerful voice and great instrumentation. On several of the tracks we got chills as it seemed like Van Morrison had entered the room and found himself on the record. While this is not the case, it's easy to see why people very much like what McNeil and Co are putting down. The record was produced by Ed Valauskas at Q-Division (Pixies, Aimee Mann, James Taylor, Dropkick Murphys, Roy Sludge), a Boston area studio that continues to strike gold each new season. The sound here on "Everything" is glowing and not over-produced - it's really quite great. I've found something new on "Everything" with each listen - altogether, this is one really nice package.