A TURNING POINT for
The Best Show on Television
Paint Me a Picture - Here's the new poster for The Walking Dead released today. The new season kicks off Sunday 10/14, finding our survivors a bit older and far more experienced in surviving a zombie horde than they ever thought possible or necessary. 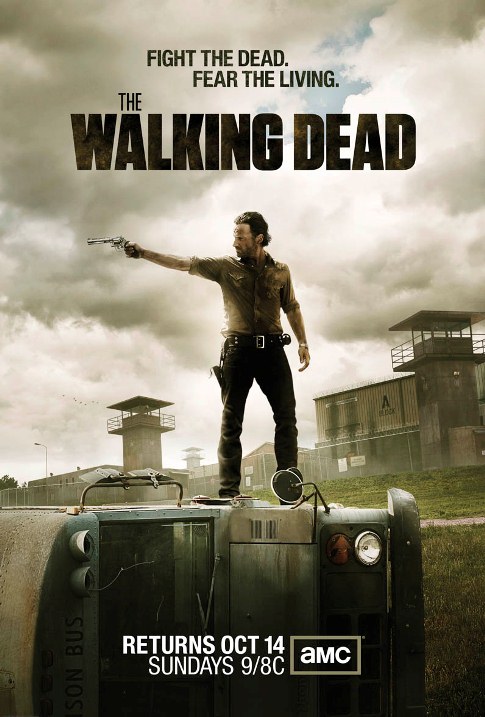 The band are fleeing large masses of walkers who are apparently pinning the band of survivors in through their movements. They are running out of "safe places" to forage food. Although she's not present in the clip, Laurie is pregnant and the window of survival, end with Rick's governance, is closing.  [EDITOR'S NOTE. Before you watch this clip, you really might want to watch the previous leaked info to make more sense out of what is to come next. Season Three Trailer.]