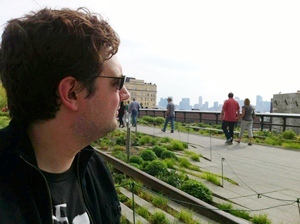 rslblog.com Editor Nick Parker is returning to England to see The Stone Roses reunion. The Stones Roses aren't just a band in the UK. They're a long awaited storm - a media phenomenon. And no one knows how it will go since the members of the band are famously "difficult."
There is nothing that can stop Nick from this momentous date. We asked him to write about the experience each step of the way.
Recovery

It's no exaggeration to say that, as I sit here in an anonymous airport terminal headed back to Boston, I am a physical wreck. A short list of my various ailments includes a rasping voice that sounds like I've been gargling broken glass, a stumbling gait, racked by blisters on blisters, a body drenched in sweat with a 100Deg fever, and exhaustion beyond almost anything I have experienced up to this point in my life (and I have a three year old!). I am a sorry excuse for my usual, exuberant 36yr old self. [Editor's Note: this is a bit of a exaggeration on his part. But we do not deny the fact that Nick is probably worse off than usual.]

It is certainly not fair to attribute this directly to my experience watching The Stone Roses, about 48 hours ago. As I wrote about in my last piece, they are just a band in the end, and don't have the power to sicken or heal. If you'd asked me on Friday night though, I would have said they could do more than either of these things. I stand corrected.

As you may have seen me write before, I've been having some serious doubts about the value of flying all this way to see them. When I forced myself to be objective, I could see the whole event as an almost cultish cultural circus, bound to be deflating in the end. I was in a state of doubt about the band's potential, and sadness about this flimsy attempt to recover my youth, and frustration that my body's frailty could let me get so sick just the day before the show. But I was completely wrong. 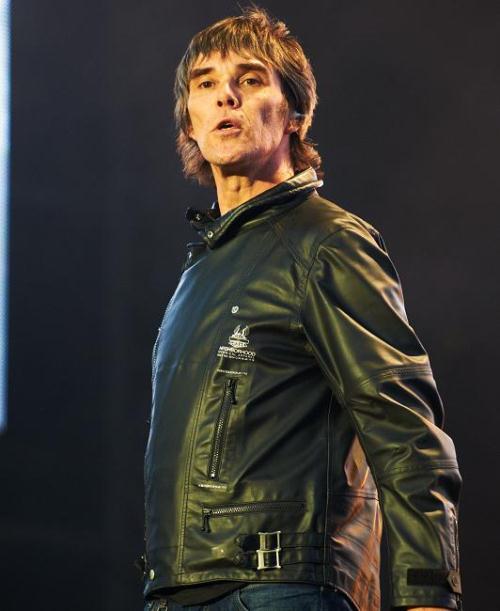 Stone Roses - I Wanna Be Adored
Photo: The Sun

"Standing around and seeing The Stone Roses play songs in a park in North Manchester, under threatening skies and in gathering darkness, was simply the best gig I've ever watched," - Nick Parker.

'Watching' the Stone Roses show is not really the most accurate verb to use though. I was swallowed whole, and found I was acting strangely outside myself. For example, even at about 150 yards back from the stage, the crowd was raucous to the point of seeming on the brink of actual violence. After a few instances of nearly being crushed, punched, trampled etc., the blurred face of one stranger almost head-butted me, and, just as I glimpsed that he was smiling broadly, I realized that I was too.

After that, I became about as unhinged as anyone there, pogo-ing on the spot in a (quite literally) dizzying display of 30-something trying to recover his teenage energy. The imposing skies never broke open, but I was soaked within a few minutes anyway.

The set list was almost entirely predictable. The band began with the opening track of their first album, "I wanna be adored," played every classic track and major hit, and ended with the first album's last song, "I am the resurrection." Given their tiny back catalogue, they had little option. I doubt anyone felt disappointed – it certainly didn't appear so as they yelled every word from first note to last, perhaps helping to blur the rough edges of Ian Brown's sometimes-questionable vocals.
STONE ROSES SET:
'I Wanna Be Adored'
'Mersey Paradise'
'(Song For My) Sugar Spun Sister'
'Sally Cinnamon'
'Where Angels Play'
'Shoot You Down'
'Bye Bye Badman'
'Ten Storey Love Song'
'Standing Here'
'Fools Gold'
'Something's Burning'
'Waterfall'
'Don't Stop'
'Love Spreads'
'Made Of Stone'
'This Is The One'
'She Bangs The Drums'
'Elizabeth My Dear'
'I Am The Resurrection'
Driven by such a willing crowd, after a couple of tracks Brown interjected "As you can see, we’ve still got it." He might have been trying to re-assure himself – we didn't need to be persuaded. More affecting was a brief hug, mid-set, between Brown and his long-time adversary, guitarist John Squire.

I had wondered if drummer Reni's and Squire's time away from the stage after the band split so many years ago might have had an effect on their collective sound. It certainly didn't seem to slow them down. At one point during their cross-over dance behemoth "Fool's Gold," they let the track break down into a cacophony, only to drop right back in right on the beat, perhaps the gig's biggest technical achievement.

Given the shambolic nature of many of their gigs from the old days, the whole show was a very polished affair, from performances to light show to the firework finale. They may have made a fabulous amount of money that night, but they had clearly decided they should spend some on production too.

Following all my total hysteria about the band, the event, the city it was held in, and my roots there, something rather surprising occurred to me as we stood blinking in the light of the show's firework display finale, the last guitar hook fading: I don't think I will be back here soon. This show was the culmination of a lot of threads in the lives of people there, and not only marked the best of the city I could imagine, but also the swan song of my time as a Mancunian abroad. It's time to move on. 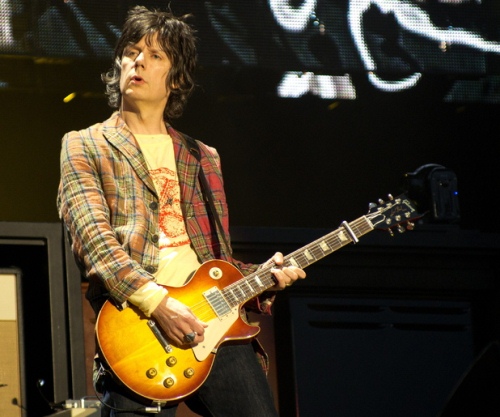 Photo: Digital Spy
This is an amazing place that has borne great music for generations but there are others, and one of them is my current home in Boston, MA. I'll remain a keen observer of the Northern English music scene, but I'm not a Manc away from home now, so much as a Bostonian who likes music from foreign places. There is nothing wrong with that of course, and this Stone Roses gig's greatest effect was in letting me contentedly break from one life, so I can be more easy in another.