ONE TO WATCH: Dear Sherlock

Underground Sounds
by Tim Osbourne
Tim Osbourne is a Music writer in the UK.
He covers emerging artists for rslblog.com
This is a weird one, but in a good way. Dear Sherlock is a band formed over the internet. You read that right. Hull, UK-based Jamie Gray teamed up with singer and guitarist Eduardo Lemos to create a truly unique, cross-continental connection. How the hell did it work then? Both admired each others' skills and began to write and record in their separate countries before coming together and performing live. How lovely (and surprisingly simple) is that? 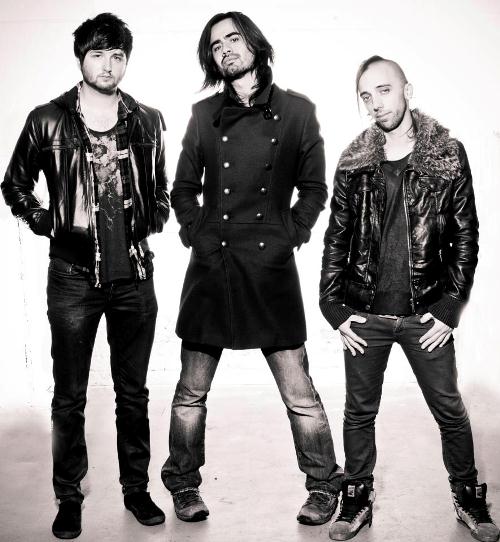 Pianist Jamie was scouring the vast reaches of the World Wide Web very constructively for like-minded creative types, and he came across a band called "Reckless." The Portuguese act had gained quite a following online (mainly through YouTube) before Jamie decided to get in touch with Eduardo, which eventually led to this frankly fascinating collaboration. [Editor's Note: As unusual as this working arrangement is, it has happened before.]

The band (rounded off by Daniel Carvalho [drums, also based in Portugal]) eagerly exchanged files and began crafting complete songs over Skype, and the sound... well, if you can imagine a Muse, Silverchair and Radiohead mashup (as heavenly as that sounds), then you wouldn't be far off. This kind of stuff really doesn't happen every day. It's not often we get to say that in this industry!

The band have so far played select shows in Yorkshire and Portugal creating a nice buzz, and with tracks from their début (free) self-titled EP, like the melodic and soulful 'Supernova' and the harder-edged 'Bach Archive' (and yes... you will be forgiven for thinking Matt Bellamy has switched bodies... just for a second, when listening to this stuff), 2012 is set to be an explosive year for this lot.