The Outlaw Roadshow
Austin, TX - Saturday 3/17
19 Acts & Completely Free!
In one year's time I have completely fallen for Mellow Bravo's pounding drums, wailing guitars and the powerful vocal duo of Keith Pierce and Jess Collins - who recently announced their engagement. It's been a year of getting to know the band, already celebrated in Boston for their frenetic live shows, and realize that their single-minded focus is to bring back Rock - through whatever hard work is required, no matter the odds. Simple and yet so very beautiful. Along the way Mellow Bravo became something much, much more.. they've become a great band.
Confirmed to Our Lineup!

Last week, Boston's Mad Oak Records announced they have signed Mellow Bravo - the indie label's first big add, to a record deal. The new-sound Mellow Bravo is somehow both crisper on the hard end but probably end up celebrating their greatest gains in the slow numbers - tracks which celebrate the players and the spaces between the notes. High praise to Boston Music Award winning Producer Benny Grotto.
Ultimately, this is probably not the record Mellow Bravo thought they were making when they entered the studio doors - but the final product is often seldom what musicians thought had in mind when they set at working. In this case, it really works. Very happy to share with you - for the first time ever, a brand new, unreleased Mellow Bravo song...
May 4, 2012 release date:

There is hope for rock 'n roll. There's a chance for good times. And if Mellow Bravo don't end up being involved on the national level in 2012, I would be mightily surprised. Get ready for a scalding, fun as hell half hour set from one of Boston's best this St. Patrick's Day in Austin. Mellow Bravo join a really ace, 19 band lineup at The Outlaw Roadshow. The show is free but limited to legal capacity. Be there! 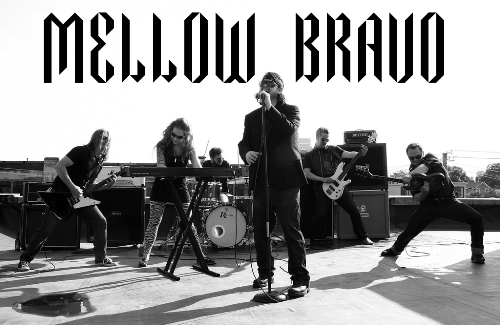 That's some stompin' Rock right there!

What's not to love?