On Further Review
by Tom Sweeney
I appear to be in something of a run when it comes to Canadian music these days. Hot on the heels of a piece on Winnipeg native Ruth Moody, I’m writing about Ottawan Kathleen Edwards’ latest album, a polished collection of pop songs co-produced with Justin Vernon (Bon Iver) and entitled Voyageur. 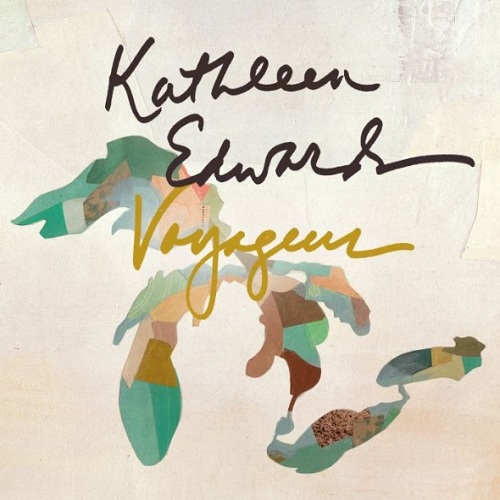 The instrumentation is artful throughout, with touches of hand percussion, mandolin and pedal steel guitar dressing the core of drums/bass/keys/guitars, and co-producer Justin Vernon deserves credit for the consistently beautiful feeling of atmosphere and anticipation. His signature echoey reverb is present, as is his voice (a clever unison backing vocal on Sidecar worth a listen), while another guest Francis Farewell Starlite delivers the backing vocal on ‘Chameleon/Comedian’ a real highlight. With those exceptions though, the guests (who also include Norah Jones) are tough to spot, and that’s a shame. At times, Edwards drifts too close to the middle of the road, abandoning the alt-country grit of her early work without introducing enough of Bon Iver’s 21st century folk in its place, ending up drifting in a musical no-man’s-land. 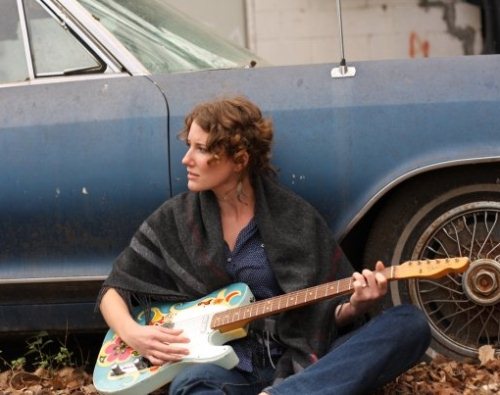 Opener ‘Empty Threat’ is an elegant up-tempo way to start, with brushed snare drum and pedal steel guitar driving a shuffling, relaxed beat. It’s a clever, wordy look at the hollow threats we all make in conversation, and perhaps a clever sideways glance at every American who’s ever declared that they’re moving to Canada. Conversely, it also makes me want to own a convertible and live within spitting distance of Mulholland Drive, but then I guess you can’t unpick all of this Brit’s Americophile habits in one three-and-a-half-minute song.
official video

Lead single ‘Change the Sheets’ is brilliantly crafted pop, fast-paced and lean. There’s never too much of anything; a little Peter Buck-esque jangle in the guitars, enough clever interplay and nagging, arhythmic insistence in the keyboards to counter any danger of slipping into tedious nostalgia. It’s structurally clever too, the kind of pop song that demands deconstruction, pulls you in and makes you realise the sadness at its core. It starts with a two-line first verse, (My love took a ride on a red-eye plane / Going home and we’re never gonna feel the same) and a quiet first chorus (Change this feeling under my feet / Change the sheets and then change me), before a full second verse that culminates in the bitter couplet “Here is the truth, I swear it used to be fun / Go ahead, run run run” before hitting you with the full, soaring chorus melody for the first time. It’s a masterclass in catching the ear of the listener. In that sense, ‘Change the Sheets’ is a microcosm of the album as a whole; an artful balancing act between Edwards’ pop sensibility and her lyrics. 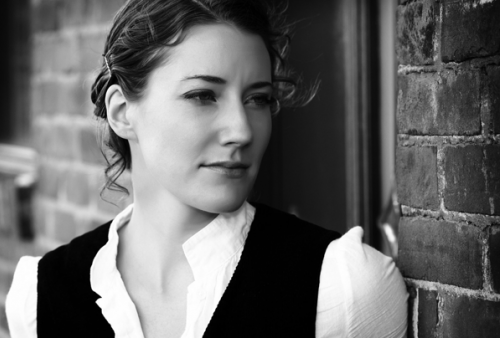 That said, ‘Pink Champagne’ is a lovely piece of melancholia laced with regret and nostalgia in equal measure and buoyed by pedal steel riffs, while ‘Soft Place to Land’ is delicate and measured. Meanwhile, in case you were in danger of nodding off, the first few seconds of ‘Mint’ could be a long-lost Neil Young and Crazy Horse song, dirty, grungy electric guitar riffs and all. It then proceeds to morph into something that wouldn’t be amiss on an early Sheryl Crow record (you know, in that beautiful sunlit moment sometime in 1993 when people admitted to enjoying them). ‘For The Record’ drags a little at over seven minutes, but you can forgive that in a last track, especially on a ten-track album that is admirable for its focused brevity.

If there’s a risk with a record like Voyageur, it’s that French words upset wannabe Republican presidential candidates and confuse David Letterman. No, wait, that’s not it. The risk is that it’s tough to pigeonhole. Sure, this is pop music, but it’s a world away from the manufactured or artificial chart-botherers. File closer to Heather Nova or Shawn Colvin I suppose; gently country-tinged, self-penned pop. Like the best of Colvin’s work, this is radio-friendly but uncompromised, full of hummable melodies that get better, not worse, the more you listen to them. It makes for a satisfying listen; Voyageur avoids the obvious just often enough that when it goes for a big chorus you can smile unreservedly.
RECORD YOU NEED TO OWN - Along with its admirable disdain for cheap tricks and shortcuts, this makes it a record worthy of the significant praise it has garnered elsewhere. It won’t fill you with the illicit thrill of being at the cutting edge, but the songcraft will stand up long after you’ve forgotten what pop was “supposed” to sound like in the spring of 2012.
Kathleen Edwards
Album / Web / Fb / Tw