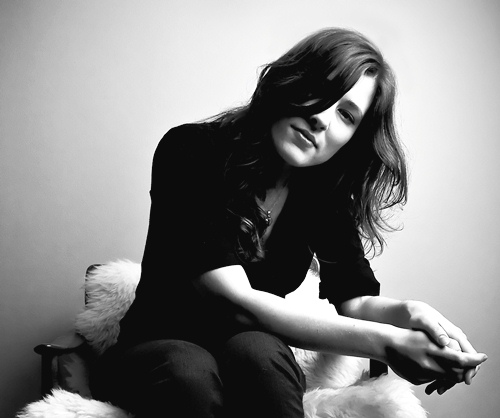 Ruth Moody - Travellin' Shoes
Better known to most as one third of Winnipeg trio The Wailin’ Jennys, Australian-born, Canadian-raised Ruth Moody struck out on a solo tour of the UK last month. After a decade in the Jennys, preceded by a folk apprenticeship of sorts in Canadian/Celtic folk-rock band Scruj MacDuhk, Moody released her first full-length solo album The Garden in the summer of 2010. It’s a pleasing album with a few standout tracks, but I have long suspected that they’d benefit from being played live. With the Jennys on hiatus once more, the Ruth Moody Band could venture ‘cross the sea...
The Ruth Moody Band's UK & Ireland Tour 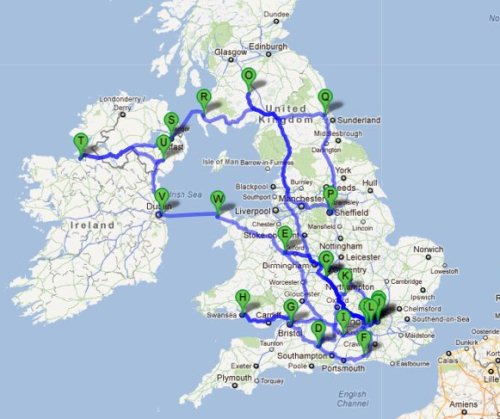 THE TOUR - Accompanied by three musicians she referred to as her “man-boys”, the Ruth Moody Band formed a compact but powerful ensemble. Appearing to revel in the novelty of touring with male company again (the Wailin’ Jennys being an all-female affair), there were countless moments of beautiful interaction. Moody’s irrepressible smile made it all the more enjoyable to watch. Each player pulled their weight and matched their leader in multi-instrumental virtuosity. Adam Dobres, nominally an electric guitarist, also played acoustic guitar and mandolin, fiddler Adrian Dolan also played viola, mandolin and accordion and Sam Howard moved from bowed to plucked upright bass to fit the mood and sang the lion’s share of the harmonies.

STRENGTH OF VOICE - Moody’s voice is a potent instrument, and it’s a pleasure to hear a singer who can translate to a tiny room like the Greystones and still sound fantastic. Up close and personal, her soprano is smooth, airy and effortless, and the sensation I got from The Garden of her being liberated by the solo setting was borne out live. She spent most of the night playing acoustic guitar in her usual elegant fashion, but moved occasionally to banjo when the song demanded it, picking up an accordion for one song. At one point in the second half she stepped back and allowed Adrian Dolan to take the lead while she picked up a bodhran to accompany him on a set of four jigs. Dolan’s ability to move from trad Irish to Cape Breton tunes without missing a beat was impressive, and Ruth looked like she loved every minute of Dolan’s moment in the spotlight.

THE GARDEN - We heard most of the songs from The Garden plus a few of her Jennys songs ("Glory Bound" and the ever-lovely "Heaven When We’re Home," certainly the only song I know of extolling the virtues of soaking in hotel bathtubs over searching for love) and a couple of choice covers. Standout album track "Travelin’ Shoes" gained a newly triumphal edge with this band; the elegant honesty of a band 4000 miles from home singing a song of the road drove it to new heights. Throughout, the band were sympathetic to the songs, with Dobres’ electric guitar particularly potent; he wrenched notes from a well-travelled Telecaster that I’d have sworn were coming from a pedal steel if I didn’t know better, glorious Jerry Donahue-like bends and lovely volume-pedal swells that blended with the bowed strings of Dolan and Howard to form an impromptu string section. They could move from the symphonic to the syncopated with apparent ease, swapping viola for mandolin and swinging an old-time groove behind Moody’s banjo.

If her cover of Richard Thompson’s “Waltzing’s for Dreamers” showed exquisite taste, her encore of the traditional sea shanty Bold Riley (in what one can only imagine was a somewhat more delicate manner than your average sailor) showed an uncommon understanding of the British folk scene that has so embraced her in recent weeks.

Moody and her band left a sold-out crowd at the Greystones amazed and sated by a perfectly weighted and good-humoured set. Catch her if you can. 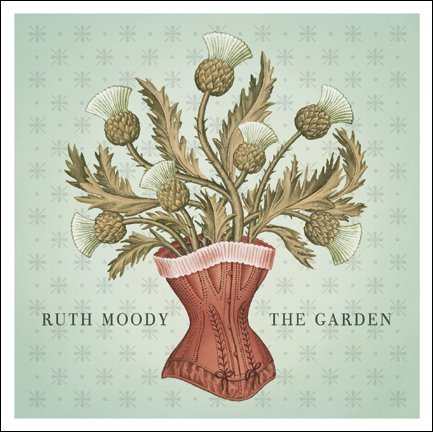