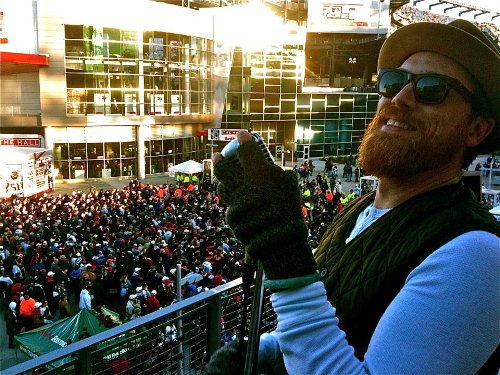 OLD TIME ROCK & SOUL - New England's best-kept secret is out of Boston and heading to Austin! Soul and passion are paints in singer Dan Nicklin's pallet. An unbelievable lineup of singers and musicians stand behind him, creating magical performances; offering fans some of the most rewarding live sets I've seen... Yes Virginia, this shit is real.
Adam Duritz and I added OldJack to our CMJ lineup last fall and they won the hearts of our capacity audience... photographers and journalists who still remained near the entrance began forcing their way to the front in order to catch the waves of golden sound emerging from the stage. The results of that set, of course, was smiles ear-to-ear in our crowd and many, many handshakes and free drinks when things were all done. A few weeks later, I would add the band's latest three-song EP to our Annual Best of List joining some of the biggest names in international music today.

AUSTIN-BOUND - We are absolutely delighted to have OldJack with us at The Outlaw Roadshow in Texas this St. Patrick's Day. They will join an amazing, free lineup that includes 19 of America's best contemporary acts playing our three stages over seven hours. If you find yourself in Austin this year for SxSW, you know where to go! RSVP at http://bit.ly/AustinwiththeOutlaws 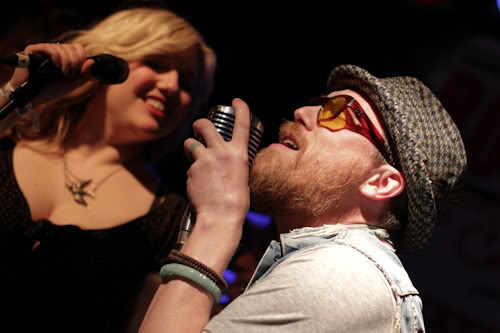