From the Mailbag
The World of Music & Art
So, here's the deal. I can't begin to listen to, digest or publish everything we receive. About once a week in 2012, I will be randomly opening new mail and so long as the stuff is potentially of interest to our music-crazed audiences, we'll publish it. This week, we share the public thoughts of Boston's pre-eminent creative black sheep singer-songwriter Rick Berlin. Berlin took in the Degas Nudes exhibit before it ended at the MFA Boston earlier this month. His thoughts, more poetic reflection really, were published this morning, appearing in our inbox...

"went to the MFA yesterday to see the degas nude exhibit. hurtled through. became weary of looking at women's backs and bath tubs. did become aware, however, that i was scoping out the boys. those alone, with girlfriends, moms and dads. they would be lost or pretending to be lost in a painting as i was lost in them. museums are weird...
the sweat of the artist hung convincingly although dryly it seemed on careful walls when i would prefer to live with them in my house - an impossibility given the price tag on the long dead. thus the turmoil and joy of the artist winds up on perfect walls for all of us to visit. a good thing of course, even if still not cheap. $20 a pop for a senior. how reverently quiet the slow moving line was around the exhibit. tense eyebrows, flickering looks, attempts at 'getting' what they see.
like myself, i presume they imagine the painter zeroing in on the whore in the tub, a boner boning out of his flouncy drawers, many thoughts zinging around in his brain as he cuts sharp dark lines on the edge of a calf, a torso, a tit. staring at her with respect and desire. he must be, right? as i stare with equal respect at the boy, slightly behind his father, who is partly bored, elsewhere in his head, or strangely aware of the stranger nearby who is staring at him with the intensity of a bird dog."
unexpected poetry // Rick Berlin 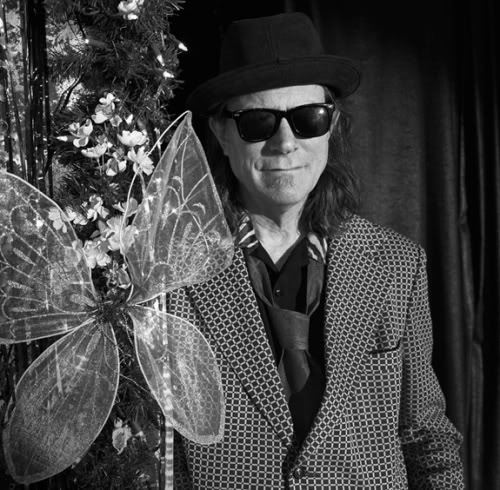 I definitely appreciate Berlin's uniqueness. It's an odd compliment, I realize, so I'll clarify the statement. Consider that he has a beautiful mind but there's also something to be celebrated in how particularly different the individual is in light of the sameness in our society. Berlin certainly stands out among his peers here in the Boston Arts community.
Berlin released "Paper Airplane" a couple of years back and we put it on our Best of 2010 List. I actually think it was the best album to come out of Boston that year and some of you paid the proper attention. For those who are being exposed today for the very first time, I encourage you to listen..