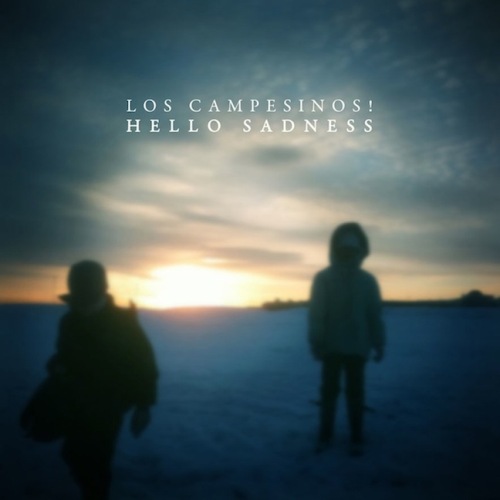 A BEST OF 2011 ALBUM SELECTION - The line between humor and sadness is sometimes a fine one. As I've written here before, as Los Campesinos! have grown up on record over the course of their last three albums, they have often danced very close to that line. On occasion singer Gareth's incredibly clever and witty narratives have spilled over into the genuinely poignant.

Songs that Portray Emotion - Perhaps wrapped up in the playful glockenspiel and often raucous shouts of the seven member of the band, until now I haven't been able to recognized the great sadness that drives the music of Los Campesinos!. The unusually apt title of this new album helps to flag up a side of the band that has so far gone overlooked (by me, at least).

Maybe this is in the nature of maturing bands: to begin in close-to shambolic frenzy, to grow into more a thoughtful and pensive mode, and next (finally?) to settle in the darkness of the maudlin. Either way, LC have made a record about which one fact cannot be ignored: it is more pain-filled than playful.
This may all sound like a derogatory assessment then, but that is definitely not the case. What LC have managed to pull off in this new recording is something quite extraordinary and worthy... This album is full of the subtle analogies and complex metaphors that only a masterful wordsmith can bring, dressed with meticulously crafted music that keeps me obsessively returning, so I can unpack the songs a little more each time I listen. 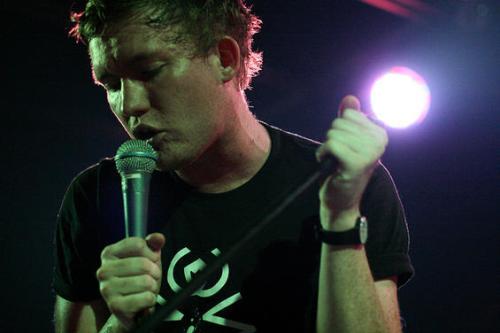 Nick Shnelle photo
This one is a worthwhile challenge: It seems important to note though, that those who are returning to the band as fans of their early albums might be in for a rude awakening here - an awakening to the fact that the party we've been admitted to with Los Campesinos! over the last few years has really been about something much more somber than we could see in the haze of Us... Them... Dancing.
2012 North American Tour