Crooked Fingers at TT the Bears

Thoughts & Video by Julie Stoller
Photos by Chris March
Crooked Fingers at T.T. the Bear's
Cambridge, MA - 11/6/11
A NIGHT FOR THE HISTORY BOOKS - Many indie rockers, when looking for a breath of fresh air away from their main band, will gravitate towards folk-informed singer songwriting, and rootsy alt-country. It’s a yearning for something stripped-down, more personal and self-contained, simple and emotionally direct. It’s a desire to get back to basics, and to find that connection with traditional storytelling and down-home comfort food for the spirit. Elder statesmen such as Woody Guthrie, Bob Dylan, Johnny Cash, Townes Van Zandt, and Steve Earle light the way.
But few can really pull it off, to ingest and then transform those influences into their own voice. Eric Bachmann is such an artist, and at the risk of coming off as corny, I felt like I was in the presence of a really old soul at T.T. the Bear’s Place. 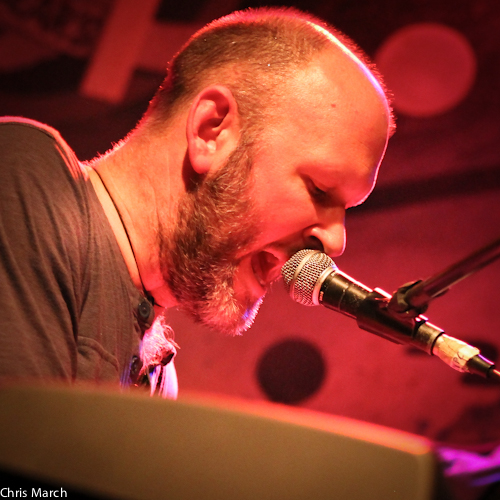 Crooked Fingers - Typhoon
Despite how emotionally invested Bachmann obviously is with Crooked Fingers, one senses some ambivalence in his casual demeanor, which gives off a slight sense of resigned sadness:

Bachmann: “Sometimes I think I picked the wrong dream, you know? Fucked everything up - ruined my life.
Audience: “ohhh”
Bachmann: "No, that’s alright, I’ve dealt with it, man”

Would he rather be back teaching in Taipei, or just somewhere else in a different skin? - I for one am glad he’s not. 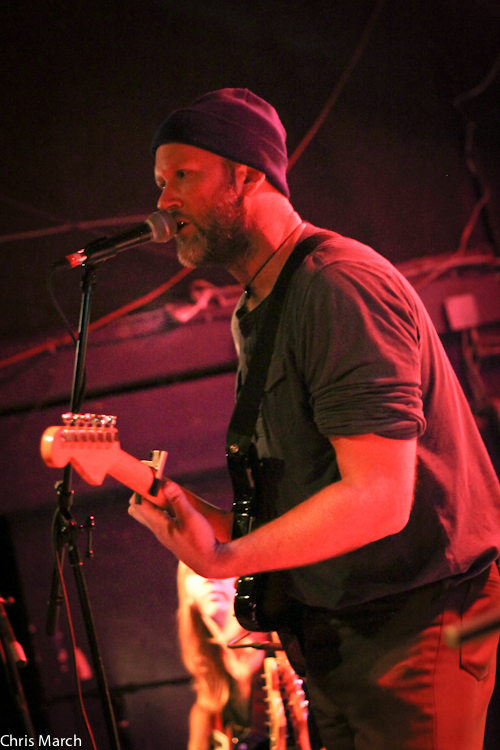 The last time Crooked Fingers were here in town (also at TT’s, about a year ago), the show consisted only of Eric on acoustic guitar and Liz Durrett alternating between drums and electric, with a rather cryptic backdrop of video projections and an abysmal sound. This time, the projector was gone and in its place, a full band that perfectly fleshed out Bachmann’s warm guitar picking and his deeply affecting vocals. Durrett lent her soft angelic voice and sounded wonderful against Bachmann's baritone, sharing the lead on Dignity & Shame’s “Sleep All Summer.” Matt Nelson (guitar, bass, Moog) and Jeremy Wheatley (drums) provided just the right touches of accompaniment, always adding to the flavor and mood of the songs, but never overbearing. The sound… was perfect.
RSL STREAMING PHOTO ALBUM

They performed a satisfying mix of old and new, though the focus was clearly on the new album, from which they showcased six songs. Their music wrapped around us like a comfy old coat. Especially lovely was “Heavy Hours,” with its somber funeral march percussion and soft harmonies, and “Your Apocalypse,” with its gently rolling rhythm. Heartbreaking and heartwarming gems were plucked from their back catalog, including two from Bachmann’s brilliant solo album "To The Races," which served to elegantly bookend the main set.

The show began with Bachmann on solo acoustic guitar for an emotional reading of “Carrboro Woman,” deftly capturing the hearts of every person in the place from the very start. For their encore, there was a stunning version of the shiver-inducing “Man O’ War,” with Bachmann again on acoustic guitar and Durrett and Wheatley on exquisite backing vocals. 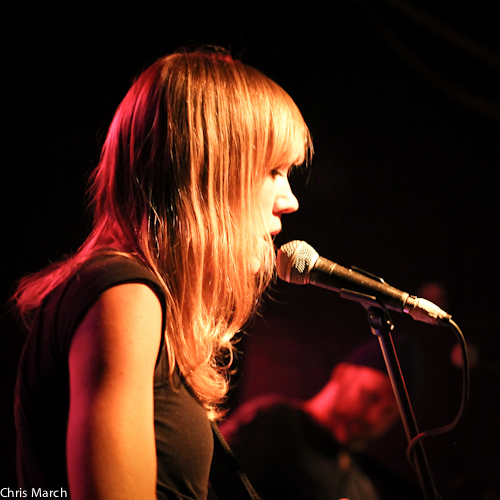 The evening was a nice balance of country-flavored, rocking numbers and mournful ballads, old and new. Two especially poignant moments were from their debut album – the breathtaking “Crowned in Chrome,” with Bachmann’s gliding vocals sending chills down the spine; and the beautiful, noble and terribly sad “New Drink for the Old Drunk.”
He may experience moments of uncertainty in his life, but I have none whatsoever about Eric Bachmann and Crooked Fingers. I want to see them again - and often. 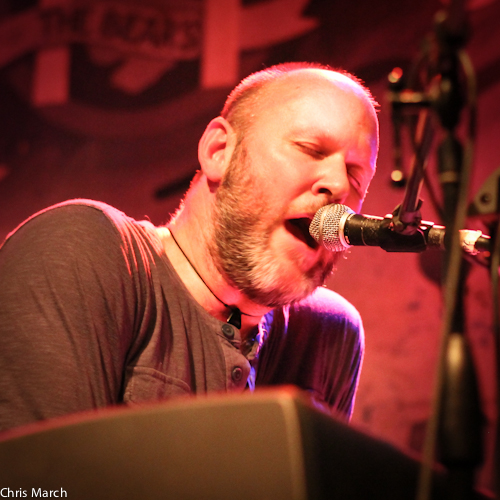 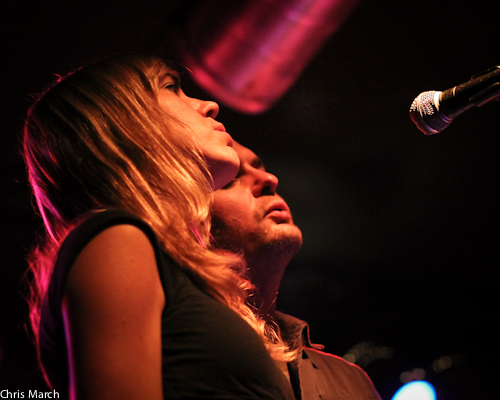