RSL Album of the Month
Someone You Should Know 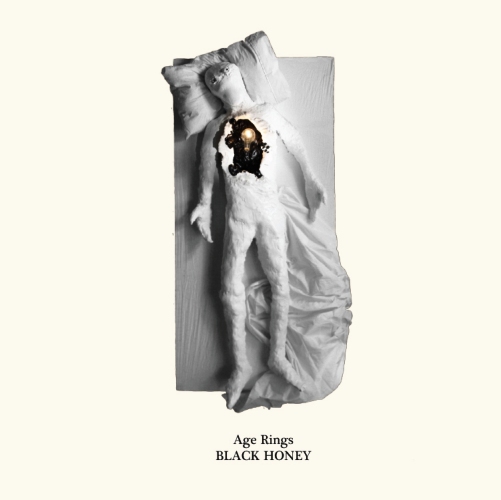 THE BEST NEW ALBUMS of 2011 - It was on my second listen of Age Rings' Black Honey that I realize how lucid my waking dream had been during my first spin through the record. Equal parts a bustling, jangling rock maneuver it's balanced with the exhibition of great American songcraft - swept up in alternative, polished style. It's because of these two pulling the forces, that Black Honey comes off as a locomotive or a record. The name alone suggests something completely sweet but it is not without it's discoloration, road scars and accents. Black is the color of experience...
"Rock and Roll is Dead," starts as a by-the-numbers discussion of the rules. But soon in a Bowie-esque rise and a rollicking tumble through the chorus, we are made to realize there are other options. (And that the narrator for this song might not be all that reliable...) Vocals breakdown here beautifully near the end, paced by drums. Really nice. [Side Note: Great production values on this recording - reminds me of later George Harrison / Traveling Wilburys - enduring music infatuations...]

"Big Black Hole," is grandiose song about a big empty space left behind when somebody leaves.. The track is bigger than the situation - which in a way is what's it like to be missing something you never knew you had. Interesting the song's persona here isn't lamenting the loss or feeling sorry for himself - he's ultimately acting out in the sorts of ways that ultimately attracts another girl. Point for the band. Totally classic.
Are you fucking kidding me? I know what I like. I really like Nels Cline on guitar and Jeff Tweedy singing. That's why I go to Wilco shows every year. The sounds here is complimentary without stepping on what is understood to be good. Admittedly, Age Rings took a chance here but they ran with it. The result? With "Important Guy, "Age Rings have released one of the best alternative rock/pop songs this year. Even WILCO can't say that. This song pretty much kicks ass.
Age Rings - Important Guy
A decidedly different turn with "So It Revolves," a track which explores singer/songwriter Ted Billings' abilities as a front man and vocalist. He is the spoon that stirs this story. Delicate in tone but not in sound. (Figure this out by listening, think you'll find it most apt.) Think "A Day In The Life," metered in our more rambunctious times. Billings shines as his talent fills the nooks and crannies.
"Ups and Downs" is a soft but trudgy examination from beneath the blankets of the bed - a peek behind shielded eyes. It's a welcome and knowing glance with a friend or a suffering peer. Never quite ever reaching melancholy or sunshine, I have to believe that Matthew Sweet would rather like to play this one if he had the chance.
"Under the Rug" - So it's only natural we start off the next track (fittingly titled) to reflect how emotionally low ("under the rug") our songwriter feels - likely due to how unresolved things are (things have not been addressed, just swept out of sight "under the rug"). I like smart songs, even those this one that invoke Ryan Adams' luck in all things romance and change. Brilliant is its gloom 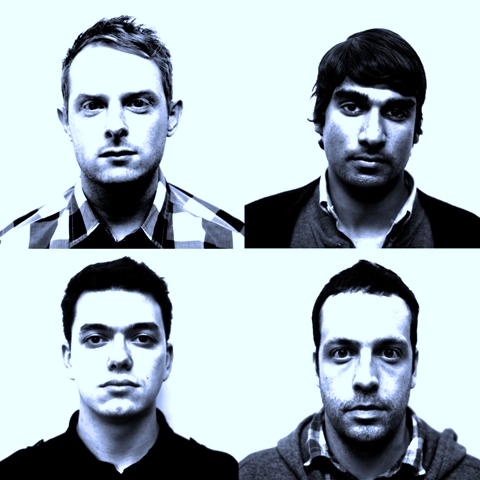 Lemonade is a song of restraint and challenge. Wwhen you hear it all and then re-read this review, you're going to think I'm full of horseshit. So let's avoid all that and I'll explain... The screaming at the epiphany and the rise near the song's middle are contrary to the staid, slow pacing at the beginning. It's a break-out kind of spastic explosion of sorts, the kind you expect when people get tired of the everyday. People go out drinking on Friday nights. People have mid-life crises, people take new roads to work. I guess that what I'm saying is people don't really want "Lemonade" they want refreshment - they want relief. And that's what this is all about.
Our award for most cautiously optimistic song of the year goes to "Head Up High." I had to laugh. It's really good.

Age Rings - Head Up High
Bassist Andrew McInnes and keyboard Jhai Sinnatamby step to the fore on "Explode Me," the album's second offer of resignation. Billings sings against a backdrop that seems to be passing by and separated. Withdrawn, I picture a face pressed up against the passenger window of a moving car, staring at tree tops as the grey sky moves along and the road markers sail beneath.
The most challenging song on the album is the title track. As I intimated at the onset, "Black Honey" is about surviving to fight again. Billings' vocals are right up front on this one. I can picture him leaning into the mic as Sinnatambly's piano rambles like a saloon player. The real champion of "Black Honey" is drummer Steve Sherwin who handles the Tom Waits-like jive like an ace Without the percussion in this jumbled but beautiful number, this song would cease to be a caravan of jam. And that would be a shame.
Age Rings have some changes in store for you. "Infinity Minor" is a a slowly paced dream daydream. Piano sets the pace, and with Billings joining in this one is a little too slow-paced for me. By songs end, the song moves up the scale into a period of volume and growing cacophony. They lost me here, but it's the only one on the record, so all is forgiven. I envision this song not to sound the same way twice live and that it would grow to be something else - possibly quite extraordinary with time.
TONIGHT 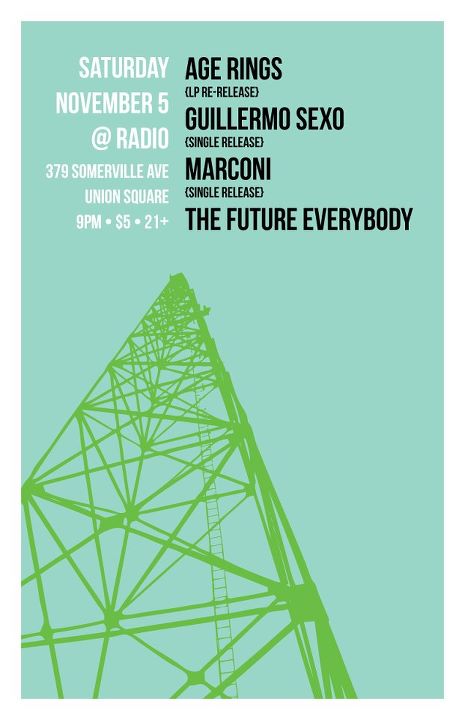 "Ender" is a Jerry Lee Lewis inspired surge of a song - the most inspired on the album in some respects. And unlike a few of the others which preceded it, it's overwhelmingly positive and empowering in tone. "Let the demons run the show," Billings says as if none of it bothers him. Soon, things wind down - as they always do, and we are left to consider how bright the light burned. A fitting title had this been the album's finale, but it's not...
"Sorry I'm Late," enters like a sunbeam in a window. I had never heard this song before but it's possible the lyrics, "stuck in a dream" are indicative of our times and a general lack of tenderness coupled with the artists' inability to synch-up with the world around them... hearts on their sleeves.
And just when you think you have this one figured out, Age Rings come at you with "Caught Up in The Sound," a steady, slow but sure number that celebrates the connected-ness of their existence. "I can hear your heartbeat / Caught Up in the Sound." It leaves me with one last question, is "Black Honey" the response to a challenge resulting in the band's transformation and a remarkable album? Responding in Dead Confederate-style fashion, our answer may come below... What do you think?
Age Rings - Caught Up in the Sound

Age Rings
Album / Fb / My
on Midriff Records (Boston/NYC)
[Editor's Note: At some point, you might think we would grow tired of trumpeting the wins of the Northeast's most successful upstart independent label, but it's hard not to recognize greatness when we see it. Year-in and Season-out, Midriff Records (Boston/NY) unleashes some of the best music from the region. People are better informed today and Midriff is really catching on... Our Interview and some additional Midriff Records stuff on RSL here]