Buy a Used Car from the Black Keys? 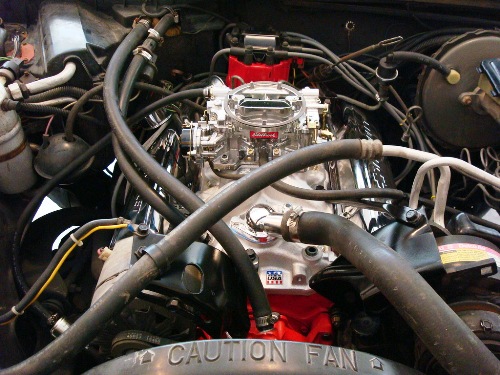 The Black Keys (2010 Artists of the Year) are back! Well, sort of. Dan Auerbach (guitar & vocals) and Patrick Carney (drums) are rock's tightest drum but they also know something it seems about promotional activities. Starting yesterday afternoon, people began chirping about the used car commercial the pair had launch to tease their new album Il Camino out in December. We, of course, hopped on board to give this a test ride.

We think the spot is cute and kinda funny - even if the van they use clearly isn't an El Camino at all... Maybe the video is intended to show how low "mainstream" really is and that "those in the know," really don't control much Could be satirical in nature, dealing with the public bait switch tactics of companies and the political system - or maybe we are just reading wayyyy too much into it. (It could be just a record about cars - but I somehow doubt it.) Here it is...
1994 EL CAMINO: 273,000 mi. 200 cubic-in. 3.3L 95hp V6 engine, 3-speed turbo autom shift, sapphire stylus, some ticks/pops, light surface noise. Working AM/FM radio, tan metalflake/woodie panels, some rust. Black vinyl seats.
Priced to sell – Grab the Keys and go!
Contact Pat or Dan at (330) 510-1206

FAKE WEBSITE - The band even setup a fake ad space online at "WannaBuyAVan.com" - all good stuff. The number provided, by the way, goes to a promotional recording of Dan trying to sell you the van at a good price. Smart guys.
HOWLIN' FOR YOU - I am convinced that nothing, however will top the Brothers campaign in which the pair invented their own fictitious movie. Created the trailer as a music video promoting the album and even created a fake IMDB page to boot. You can see all that: HERE.
One thing is for sure, if it's The Black Keys - the music is going to be solid. Also wonderful? New Album will mean a new tour! Expect dates soon. We will keep our ear to the ground for any samplings. Until then, see you in December for this one!