Handsome Furs: their Only Set at NxNE

Photographic Evidence
The Garrison in Toronto 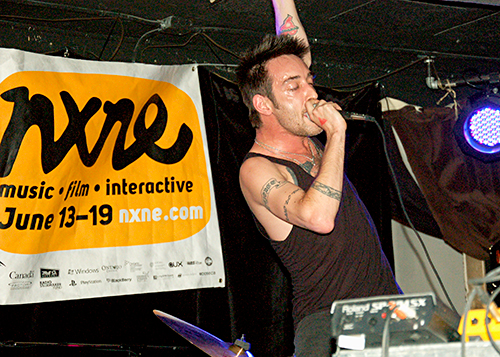 My Favorite Bands - It's no secret to our writing and photography staff that I am a Wolf Parade fanatic. And with the dissolution of Wolf Parade, all my fanboy tendencies have shifted fully over to Dan Boeckner and wife Alexei Perry's exceptional Handsome Furs project (which I was actually following from the very beginning.) Make no mistake, this is far more than a simple husband & wife music project, and should not be mistaken for a mere "side project" as the duo are doing some truly exceptional things in music right now... 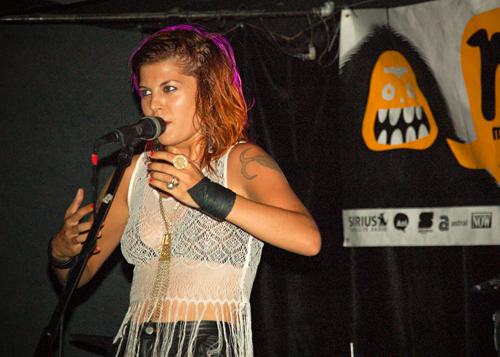 Handsome Furs have reinvented the way their music is made to keep things small, allowing them to spend their life together. (The last Wolf Parade tour saw Alexei - a teacher, stationed in Asia while Dan was touring the globe with the band. It was a long time to be away from one another.) Once reunited, the pair crafted Sound Kapital - their third full-length record -- a record written on keyboards to account for where the duo now find themselves, allowing them to write together and shift the flow of today's indie rock. This is winning stuff from perhaps the most fiery duo in contemporary music. 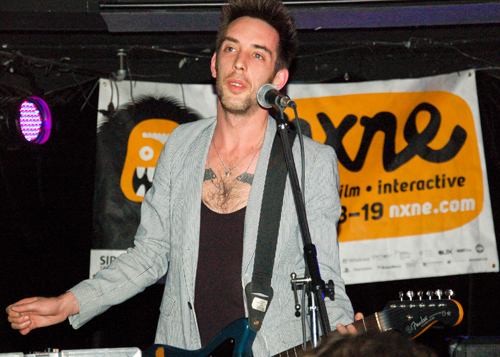 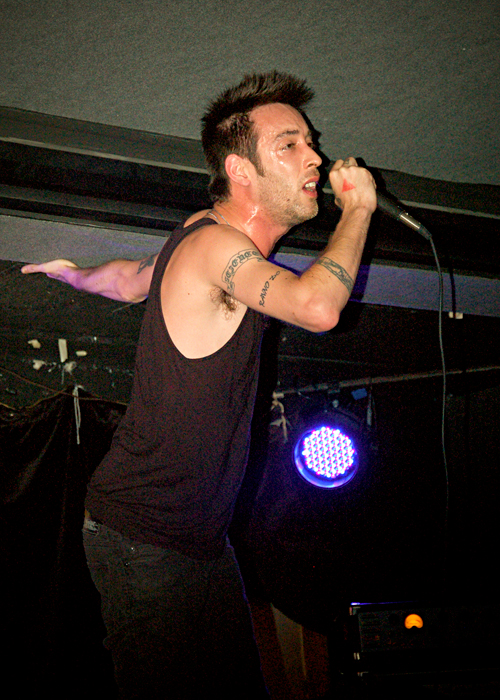 Handsome Furs - What About Us