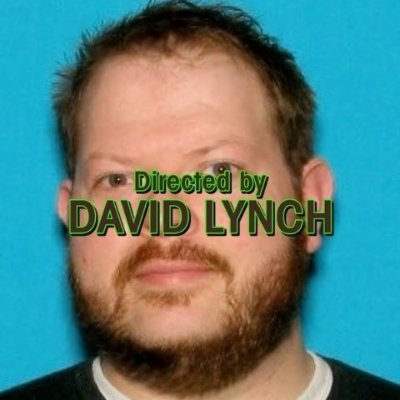 You know what I haven't done much of in the last year? I haven't published anything here despite writing tomes of e-pages on my laptop and tablet. And the mental scraps; the cerebral note-to-selfs I've scratched across the back of my eyeballs? I've written dictionaries worth of meaningful starts to things which have remained unshared. That's about to change. 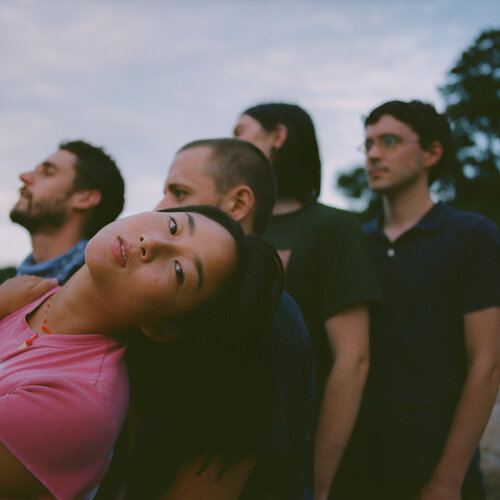 So while I haven't been sharing - I have listened to a whole lot of music. After skipping out on public life during the pandemic I have found that now, more than ever - music is my safe passage, my touchstone, my constant in this existence. I've been listening to a lot of classic rock, indie, folk and hip hop. (And buried between those interludes fell came sessions of Jazz and Soul.) 2020 and 2021 have been about identifying space and universe through music. 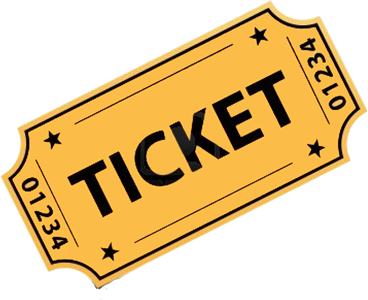 Today's post, months in the making, is a synopsis of my favorite albums of 2021 and rather than explode a massive list (a top 50 or 100), I'm keeping this is list direct and digestible. You won't see a lot of repetition in the published critical lists from last December. (Commercial and popular. Who needs that kind of repetition? What would the point be really in And what would the point be (really) of that?) What is shared reveals as much about me as a listener and a fan as it does about the music itself. Playlist with audio samples at the end of the post.

LIGHTNING BUG - A COLOR OF THE SKY 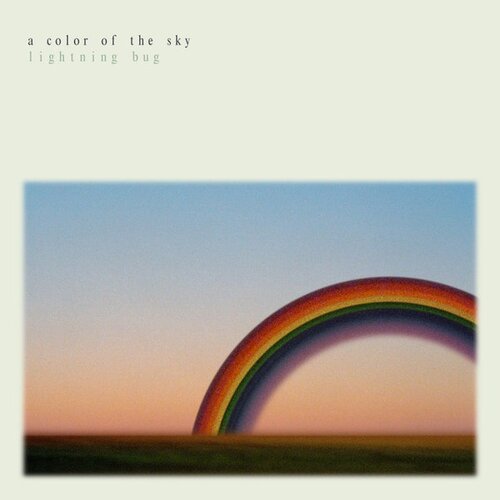 My album of the year was released by New York's Lightning Bug (Audrey Kang, Logan Miley and Kevin Copeland). It's their third full-length career but the first of theirs that has wholly hit the mark for me in nearly every way. I wasn't alone. Fat Possum Records signed the act to contract after pressing their vinyl for them. The results on this new album are chilling; the songs come off as a day spent in a sun-drunk field surrounded by the sailing fluff from pussy-willow. A Color of the Sky is an emotive spell which latched on to me hard. The vinyl runs cut by Fat Possum have dried up and you'll find some new ones available in their store. 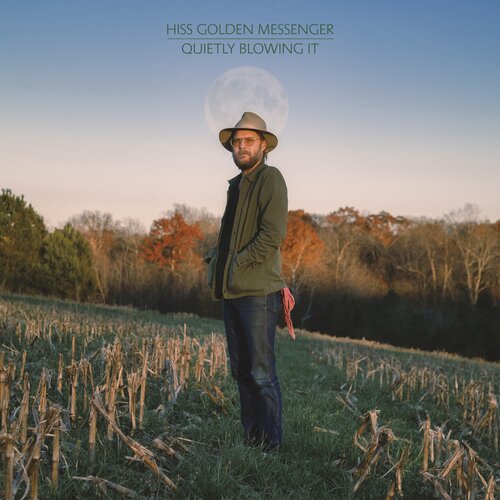 So believe me when I tell you that the future is female but the storyteller who gets us there is probably Hiss Golden Messenger. HGM is the nom de plume (and what a name it is) for North Carolina songwriter/creator M.C. Taylor who I have had great fortune to see perform a handful of times in intimate rooms. He's a gregarious storyteller and a thermometer of sorts for the industry and all things modern folk/Americana. Messenger's path to Quietly Blowing It was unlikely as was his survival. These are songs about good fortune, fate and learning to appreciate the good things as we can see they won't last for long. Probably the album I listened to most this year, Hiss Golden Messenger has become one of the Jiminy Crickets in my head. Welcome dude. Coincidentally it looks like the original vinyl pressing of Quietly Blowing It has sold out. The new cover features an upside down flag. It's the original cover as Taylor tells it. He's got stories for days. 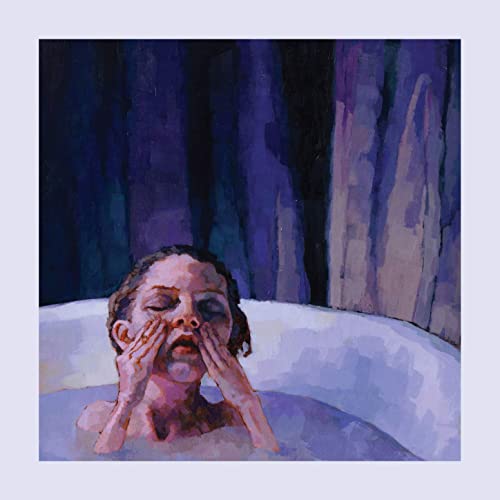 If it sounds like Tristen Gaspardarek's stellar indie pop/rock album 'Aquatic Flowers' aren't the result of the same pandemic and quarantine the rest of us where living through, that's probably because it's true. This is a fun, ebullient and challenging fast paced romp - truly one of the better feel good/defiant records of the entire two-plus year pandemic. Gaspardarek, who goes merely by her first name Tristen on stage, gave birth to her first child in between her records and found herself in a creative isolation long before COVID-19 descended upon the world. The Nashville-area songstress has always been of interest but on Aquatic Flowers she really shines. With collaboration with her husband (and co-producer) Buddy Hughen, Tristen formed a creative cell that started long before the storm and has carried the small clan through the dirt. I literally cannot wait for what comes back. This album (along with everything on this short list) should belong in your collection. 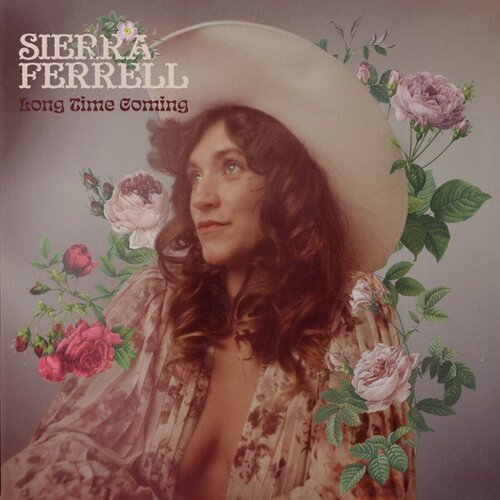 We don't have to travel far to meet up with Nashville's Sierra Ferrell who took the world of music by storm. Her genre-crashing 'Long Time Coming' beguiled and won over hearts and souls of classic country and string fans and then returned for a public won over by Billy Strings and a host of others popularizing the vintage ghosts sounds of the the past permeating modern listening. This is really the right album at the right time. And a big more rooted than my musical tastes generally delve but I have a soft-spot for the right album at the right time. I spent four days in a row listening to Sierra Ferrell songs on repeat and what came out was a greater appreciation of what this lady can do. A winner through and through. 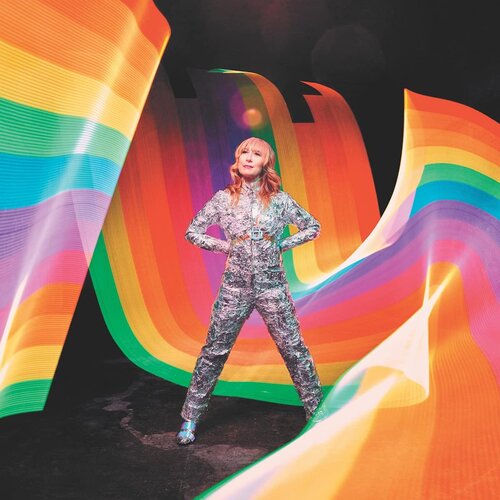 Erika Wennerstrom continues to mesmerize this writer. The Heartless Bastards songwriter is truly one of the most gifted songwriters, arrangers and crafters in the business. I was just reminded it has been a decade since her masterpiece Arrow was released in the world and 14 years since The Mountain - two records that changed my life and direction as a writer. Wennerstorm has penned and sang songs which were the backdrop and catalyst for my own script. Having largely stepped over 2015's Restless Ones, I wasn't ready - it wasn't her, I found 'A Beautiful Life' to be a potentially surrendering swan song for her. This is a big record. It was meant to be either a capstone or a launching pad. Thankful for all of us, Wennerstrom's career and her future are assured with the soaring ascension of this gem. She is wiser and just as magical as ever. Long may you run Erika. Long may we roam. 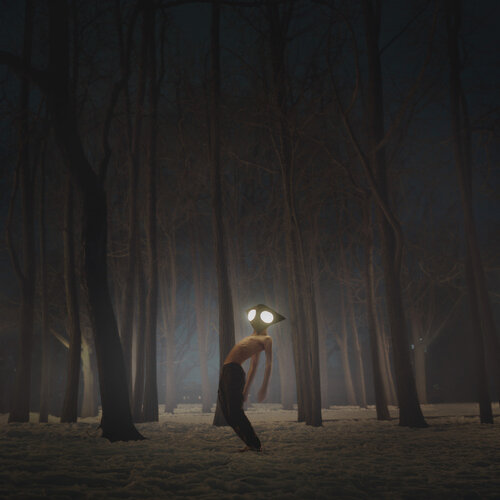 Sometimes getting lucky in music discovery is more important than being on the correct path and digesting what has been sent to you. I don't necessarily know how I found Projector by Brooklyn drum and bass quintet Geese but I know my mental space was such where I was primed for something very different and eye-opening. I had attempted to absorb some of their previous efforts and found them somewhat inaccessible but this time the pieces came together just right for me. (You'll find some of that same discovery math coming up for SUUNS, which follow.) Projector is their big label debut, having signed to Partisan record still plays out like a romp. This band is a tightly wound machine, a muscular beast which can spring it's way through a night of dancing and cerebral epiphanies. Projector is more digestible than what has come before (at least for me). "You're not scared of my angle anymore," Cameron Winter, singer from Geese says. And I'm thankful for that. East Coast US Dates in March. 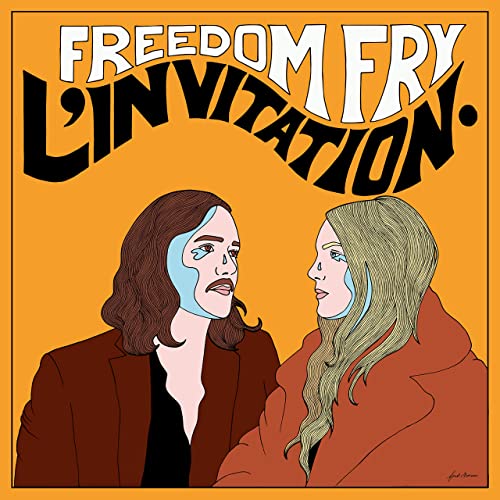 Going to start with a bold statement and see just how far I have to walk it back.. Freedom Fry are the best Pop duo in music today. American Bruce Driscoll and Parisian-born Marie Seyrat are the Bonnie & Clyde of popular music today. The married couple have been making sweet tracks for more than a decade now. Their sensibilities and musical influences in that musical merger have produced much magic. And this past year 'L'Invitation' was the latest of the masterful maneuvers. Seyrat's vocals sail like so many seabirds in front of sweltering sun. Driscoll's arrangements, beats and musical mind bring energy and swag to the music. The result here is undeniable. This is a record that transforms one's day. 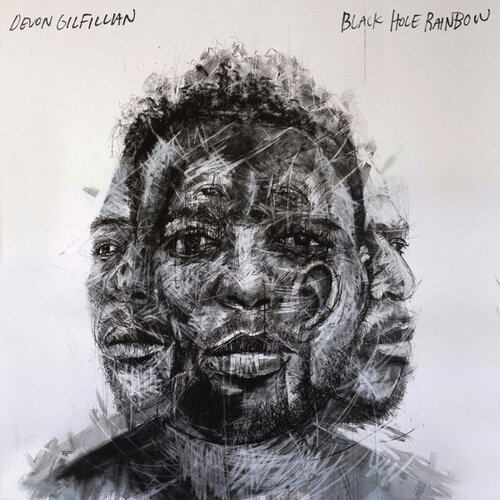 This is a warning. Devon Gilfillian will write a song or an album about you without even letting you know about it. You'll discover it someday; find that the music is perfect for you and you'll not have a choice but to dance in place and hum along. That's kind of how I feel about 'Black Hole Rainbow' Raised on R&B and Motown and Hip-Hop, the Philadelphia-raised Gilfillian now drinks from the waters of Tennessee where his latest deeds on 'Black Hole Rainbow' is an infinitely accessible, modern entry into the deep waters of soul. He's another voice, an angel on my shoulder as I (like so many of you) stumble through this existence blocking our eyes but listen for truly great voices. This is someone you need to know. Definitely pick up this album. 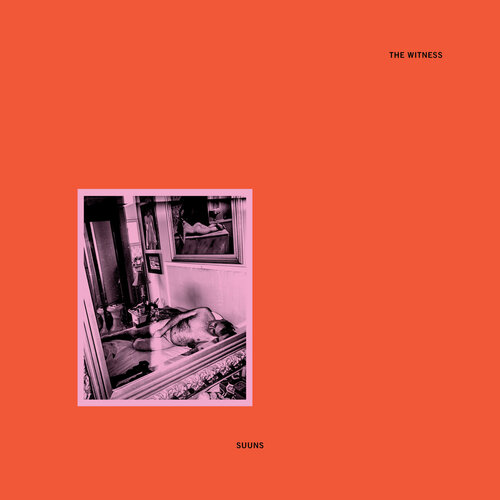 Dateline: Montreal - I'm a self-described acolyte of the SUUNS cult. In a world in which a nearly endless number of musical releases drop by schedule non-stop in a calendar year, the sudden announcement in September that SUUNS were still creating but were about to drop an album were met by me with an audible squeal. This is relentlessly authentic, sincere approach. And this time, the frenzied telling was considerably more digestible but just as real. This is the first time I've ever put SUUNS on one of my best of list because it's the first time their vision provided to be worthy of a wider audience. This is jazz mixed with techno synth. And a fresh new direction. Give SUUNS a listen. The Witness is a winner. 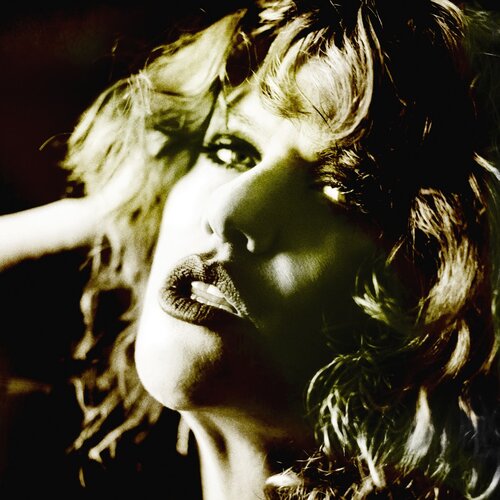 Songstress Amy Douglas (solo, Horse Meat Disco) has teamed up with Hot Chip's Joe Goddard to create one of the most addictive dance outfits of the last half decade. Just how good is the self-titled Hard Feelings album? The record only peeked out at the very end of 2021 and it made every BBC listening list and blogger list in Europe. In 2022, billboards for Hard Feelings are found in New York, Los Angeles and in various cities across Europe. The duo have songs in rotation globally and watching it go up was a little like watching a wildfire grow. This is addictive and pleasing music. Beats, hooks and some really amazing vocals from Douglas. This will be one of the very best, prolific acts of 2022. Fair warning. Put some dancing boots on! 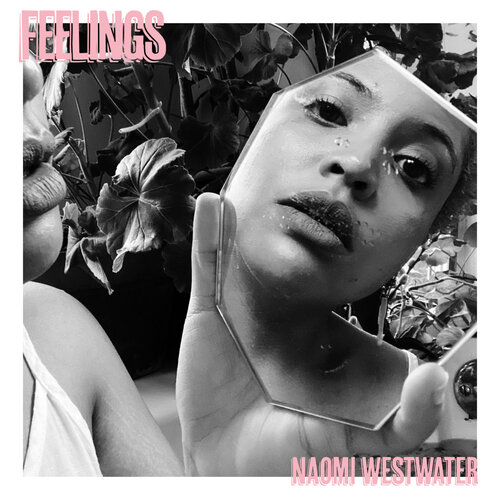 Each year I try to elevate a worthy dark horse candidate, a relative-unknown given some sun in a world in which people have good sensibilities but short attention spans. This isn't charity, it's just good intention. I didn't have to do a thing because this year Naomi Westwater found me instead. And there wasn't a shuffling of the cards, so to speak, her singing, her songs kicked and screamed their way to the top of this list. There can be no Best of 2021 without Naomi Westwater. The world is filled with just two types of people; those whole have heard her album Feelings and those who haven't yet. This is a short, barn-burner of an album with issues about racial injustice, body identity, lost relationships and climate change. This is a woman echoing the sounds of the past telling of our current calamities. The only person I can think of when I hear her sing is Sade. She is so darn good. And whatever kind breeze steered her to my eyes and ears, I thank each day. This woman is a star.

Unknown said…
Finally, the wait is over! Thanks for your List my friend!
21.2.22

Unknown said…
Finally, the wait is over! Thanks for this awesome list, my friend!
21.2.22