Death of a Game Show Host


My music and artistic heroes are now coming of that age where they are dropping like flies. Illness, cancer, car accidents, COVID-19, drug overdoses, and even old age. Nothing about knowing the cause really makes any of it any easier. So many of those creators have met their end this year. And because of a month's-long creative block and the demands of my career - I have not made time to celebrate them all. (Editor's note: this could quickly turn into an obituary blog, which would be the worst thing ever, I feel.) So why in the world am I taking the time to celebrate a lost game show host? Real questions get real answers. The short of it is that Alex Trebek was a culture king and he made us better. 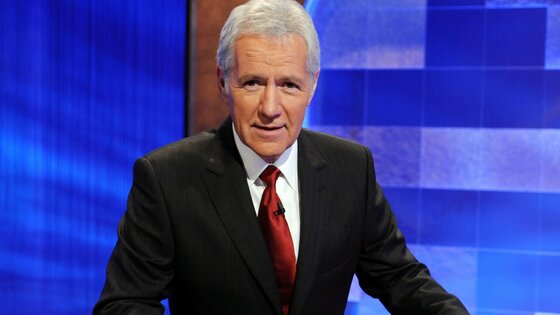 The slightly longer answer involves his caring human spirit and his fostering of intelligence and reason. And ultimately it's because he represented, as an individual, both promise and challenge. I remember sitting as a child and watching the show and wondering what I would do with all that fame and money won (someday) on Jeopardy. This story is celebrated by millions of kids and adults each year. And Trebek made the winning secondary to the pursuit of the truth. A measure of Poetic justice for us all.

Music by Hop Along

Hop Along · Prior Things


“This is an enormous loss for the Jeopardy! staff, crew and all of Alex’s millions of fans. He was a legend of the industry that we were all lucky to watch night after night for 37 years. Working beside him for the past year and a half as he heroically continued to host Jeopardy! was an incredible honor. His belief in the importance of the show and his willingness to push himself to perform at the highest level was the most inspiring demonstration of courage I have ever seen. His constant desire to learn, his kindness, and his professionalism will be with all of us forever,” said Mike Richards, Jeopardy! Executive Producer.