Brett Newski this week with Better Than Ezra

Brett Newski is a rambling punk poet and a guitar-player with a big heart. Having just played with Courtney Barnett, the singer (who played this March's Outlaw Roadshow in Austin, TX) embarks this week on some large rooms with Better Than Ezra. Newski is a total gamer. He relentlessly tours the country, regularly posting videos for fans and friends. His sets are dynamic, vibrant and fun.

The full name of the band (a duo) is Brett Newski and The No Tomorrow. The later of which is comprised entirely of gifted drummer Matt Spatola. The pair knocked 'em dead at SXSW this year, all the while a VH1 video truck wasn't far behind. There's a lot going on here on that stage. Definitely One To Watch! 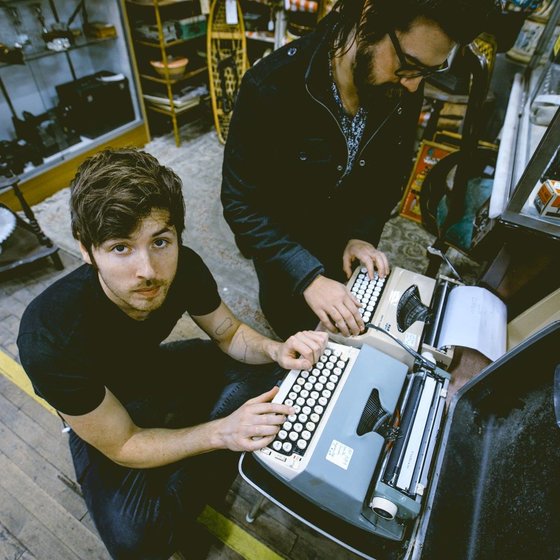 IN HIS OWN WORDS - Known by many as the first band ever to be kicked out of Wal-Mart for playing an illegal show, Brett Newski has certainly kicked his own ass over the past 6 years, touring infinitely (mostly alone) and wandering down the rabbit hole of anxiety, depression, and wallowing self-doubt. All of these negatives have blossomed into positive creative energy on his third LP."Anxiety can actually be a good thing. If you use it right, that nervous energy can be channeled into motivation or creativity," explains Newski. "Even the most seemingly confident people have self doubt."