Patrick Coman's Tree Of Life (Feb 23) is a blues-heavy, cinematic-telling of tall plights and harrowing tales. Each song contains some fraction of their songwriter in this atmospheric film score blues.

Tree Of Life was co-produced by Peter Parcek and Marco Giovino (Robert Plant, Buddy Miller, Norah Jones).  Delving into it with "Trouble #2." Here Coman narrates the lament, joined by female vocal accompaniment (Abbie Barrett and Kylie Harris) - together reminding us that not all trouble in the world comes from love - just most of it.. 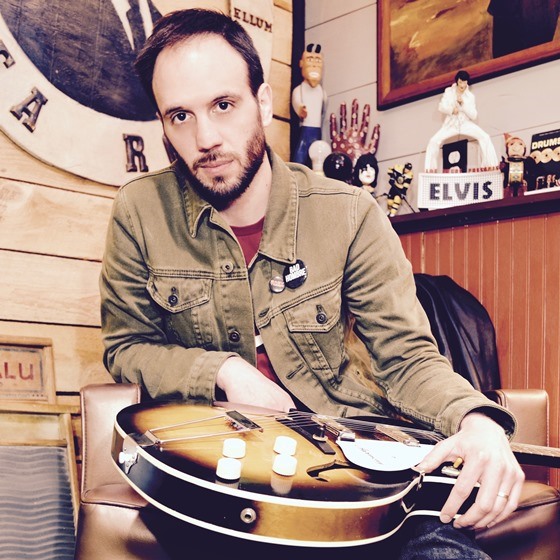 Not every branch on the Tree Of Life tells the same story. In fact, it's quite the opposite. The album appears to be several somewhat disjointed tales made common by Coman's vocals and the band's application of the Blues. Each limb leads to a different adventure - with the binding being the spine of the tree.

It's utterly impossible to not hear reverence for bands like The Animals - who probably would have loved to cover "Don't Reach" during their 1964 residency at Newcastle's Club A Go Go. The recording notably features “Beehive Queen” Christine Ohlman.

My first thought when listening to these blues is, why the hell isn't Patrick Coman already famous? As it turns out the Artist turned his back on a career in the music business to spend his time as a stay at home father by day and full time musician by night.

"I wrote the majority of the songs that became Tree Of Life in the months leading up and immediately following the birth of my first child," Coman writes. "The tree of life represents the cosmic bridge between heaven and earth, which struck me as a perfect symbol of my daughter’s journey into this world."

In addition to performing, Coman hosts the popular For the Sake of the Song concert series, which brings together top songwriters to collaborate in performing songs from their biggest influences alongside their own original work. He also produces and hosts the weekly “Local Folk” radio show on WUMB (Boston’s NPR music station) and is a board member of the New England Americana Festival.