The Return of Boston's One Night Band


One of the city's biggest music events this winter unfolds this Saturday afternoon with the triumphant return of One Night Band - a tradition involving 40 local musicians who band together to make something new. The city hasn't seen the likes of the event, which focuses on community and creativity, in years.


The huge night of music is being organized by one of the event's original founders, Richard Bouchard a long-time local music promoter who flies under the moniker of Indie Rock Ranger. 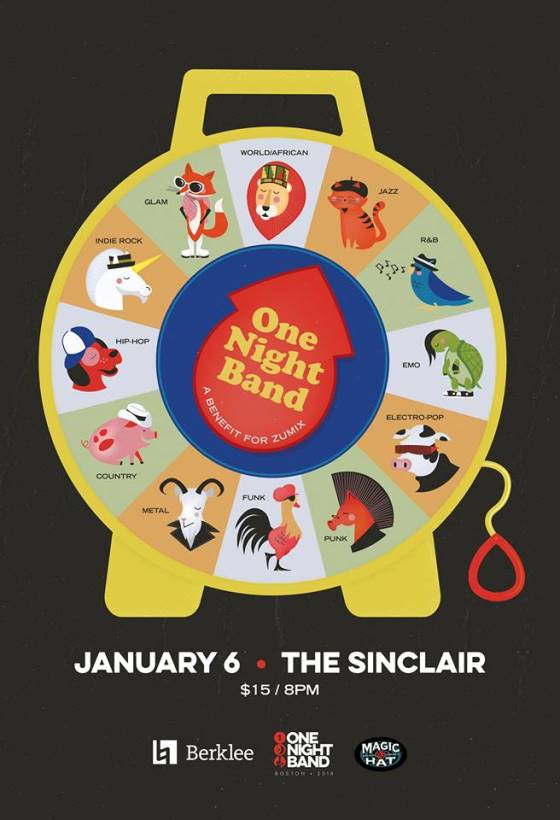 this amazing poster is designed by Nicole Anguish of Daykamp Creative.

One Night Band is this Sat, July 6 at The Sinclair in Cambridge. Proceeds of the event benefit local music charity, Zumix. The day begins hours earlier as the names of the bands and their random membership are announced. That night, they will be expected to play in front of the masses.

Pulling it off is a huge challenge for the impromptu bands. But it's also a hell of a lot of fun for everyone. (Editor's Note: One Night Band is a virtual whos'-who in New England music. Attendance should be required rite of passage for new bands.) If you're a music lover looking to get out of the house, this is a sure-fire bet. Three cheers for amazing-ness reborn. And a tip of the hat to you, Mr. Bouchard for making it happen.

ONE NIGHT BAND
Support It / See It! / Friend It