Already recognized with two Boston Music Award nominations and a number of Best of 2017 nods (here's our album review), The Rationales stand atop an impressive list of contemporary acts in the Northeast today.

That's where I caught up with David and Mike Mirabella, the brothers at the center of The Rationales. We soon got to talking about all-things creative, songwriting and a brief debate between the brother about who released the best record of 2017. 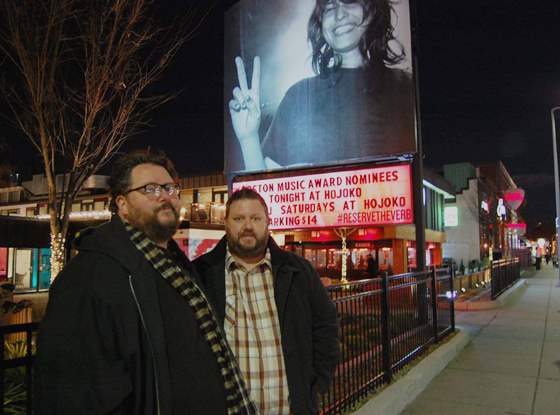 David and Mike Mirabella in the city this week.
The Rationales are up for two Boston Music Awards.
Sandra Miller photograph

RSL: Guys, fantastic record - Upstream is one of my very favorite albums of the year. Congratulations. So David, from our previous discussions, I know you were writing everything. Has anything changed? I know this album was a little different, a bit more collaborative. Was relinquishing that role, as sole creator, difficult or was it liberating?

David: In the past, most songs I’d bring in were not so collaborative until the arrangement phase. That’s when everyone adds their own parts and put their stamp on it. Making it a Rationales song. Recently that’s changing as Chad has started bringing in some amazing music that I’m adding other parts and lyrics to. So the next record Will be more truly collaborative.


RSL: Okay, that's the perfect time to ask a question of you Mike. You sang on "Climb The Ladder" during the bridge of the track. What was it like having a larger role on this record? How did that work out?

Mike: Dave brings the songs into the practice room with an "open invite" to put our own stamp on the songs. Sometimes that can be as simple as an idea to put a pause before a chorus or in the case of this album it was a lead vocal. The vocal line just fell from the sky and into my head.

David: "Climb the Ladder" is a good example of how things can go. I come up w something, hit on a melody and the song follows. More often than not I record it on the phone, develop an arrangement and bring it to the band. We rearrange it together with people adding parts to what framework I bring. Ladder started out similar. I had the riff one day and came up with the verses and chorus. I loved the idea of a “leaving in the fall” song. The riff just felt like a deep cut Aerosmith/driving back roads of NH sort of thing.

RSL: Let's listen to it and see if we can get a sense of what you're talking about.


David: I was so excited about this song I brought it to the band with only a rough idea for a bridge finished. After a week of working on it, I said, this doesn’t feel special: and asked Dave Lieb to take a crack at it on Piano, he threw out one of my chords and added that half time feel, and bang! We had that Piano breakdown - before we had made it thru a couple times mike was coming up with the part Mike sings over it and it just all fell into place from there.

Mike: My lyrics just seemed to fit in real nice over what Dave Lieb was playing on keys. To me, whats most important is playing to the song.

David: Yes, and it’s like this little collaborative cinematic mini song that lives inside a song I came up with. I think it makes both parts better to exist alongside each other.

RSL: Great stuff guys. Okay, this one's sure to be interesting. Who are you favorite musicians? Who influences you (together or apart) as you make the music we know as The Rationales?

David: The Stones, Dylan, all projects by Jeff Tweedy, David Lowery, and Greg Dulli, Buffalo Tom, Beatles, the band, big star, the church, Aerosmith, Radiohead, poi dog pondering, The Jayhawks, Matt Pond PA, The Weakerthans, Nada Surf, and David Baerwald, etc.etc etc. But those are the ones I think you can hear in our music.


Mike:  My early influences include everything from The Beatles, Zeppelin and Tom Petty to Peal Jam, Weezer, and Jimmy Eat World. These days I find myself rotating through lots of The Decemberists, John K. Sampson, Nada Surf, Jason Isbell, and Counting Crows.

RSL: So I've already communicated that I love your record and it's one of my favorites of 2017. Do you each have a record that you would encourage or readers to go out and pick up?


Mike: For me it's The Nashville Sound by Jason Isbell and The 400 Unit. Fantastic front to back.


RSL: Such a great choice. That album is on my Best of List as well. Now I get to pose the same question to you David. What'll it be?

David: Without a doubt based on impact and time spent listening: In Spades by Afghan Whigs - just so epic and emotional. I love the cinematic world (Greg) Dulli creates in his songs. I marvel at how he can rock so hard and be so atmospheric all at once.

RSL: Guys, thank you so much for sharing. Hope folks take a few minutes to get to know your music and enjoy "Upstream." It's a brilliant record and I cannot wait to see what comes next.

Among the Best that Boston has to offer: The Rationales 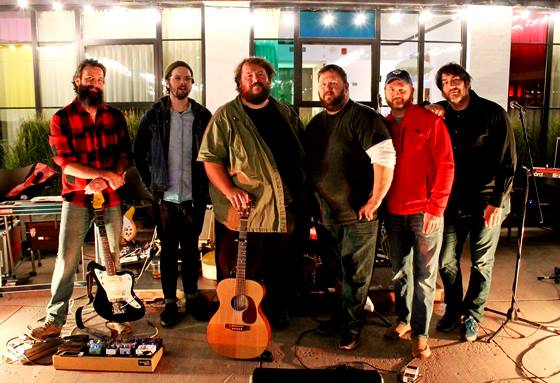