Dude York Break Up The Holidays

Holidays are intended to be real and metaphorical playgrounds for the children but generally speaking, kids grow up and a lot of people suffer during the holidays. That suffering comes in the forms of family disorder, relationship stresses, and abject loneliness. Who better to help seize the day than a rock band? The role of Drunken Santa this year will be played by Dude York. 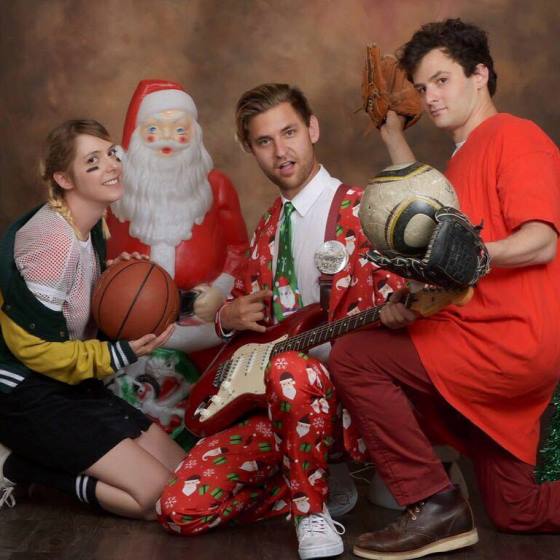 For the unacquainted, the Seattle three-piece have been a mainstay on the indie rock radio (including the Outlaw Roadshow podcast the last year-plus) and have now settled into the kind of creative place that lets them do a record like Halftime for the Holidays.

If you love sugary-sweet vocals, breakup ballads and stabbing rock guitar, this rock band's the one for you.  The video for "Break Up Holiday" was directed, edited and animated by Sean Downey. Oh yeah, and good luck with your holiday pal.