OldJack on a whole new level with Luck and Drive

It's taken me a bit too long to gather my thoughts on OldJack's excellent 'Luck and Drive' album - a crime against you readers since this is certainly one of the best records 2017 has offered up.

'Luck and Drive' took some creative chances demonstrating that frontman Dan Nicklin and the band aren't playing it safe and consequently audiences win.  I love that. 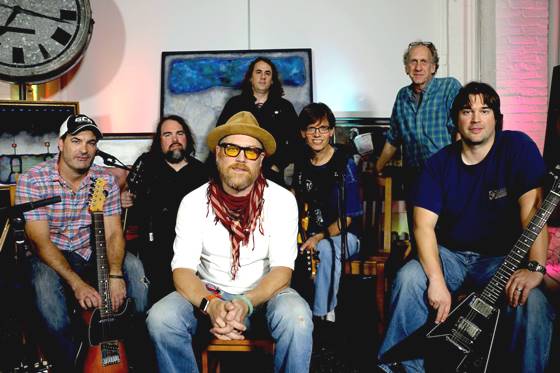 'Luck and Drive' offers listeners a seismic shift in songwriting (including some truly inspired moments I would not have thought them capable of), song arrangements that offer atmospherics and theatrics and a fresh set of production values. It's the little things here that make an already exceptional band into something truly fantastic.


This is a compendium of songs offering alternating looks at both infinity and at intimateness.  On this record we now know the sound of pacing and accomplished grace.  'Rearview" has some of the meanest grooves of 2017 while living within restraint. Sound-wise, it literally could have sprung from a studio 30 years ago. And the gospel bit at the ending?? I Love it. Love it. Love it.


On the fun side: 'Ode To A Rock Dove' is a brilliant, high-energy, witty romp. It will send you chugging into the night long after you planned. 'Downtown' is a throwback track to the school of Tulsa rock I could see any Seventies band measuring itself against.

On the emotional side: Eye to Eye and The Sea are tales of romance-lost and dreams dashed. (Gorgeous pacing on The Sea!) Your Weight is a heart-breaker the band has been perfecting for two years now. It's finally made it's way out in the midst of these varied tales and finally finds it's proper place.


Every OldJack release appears to have a feelgood song. It's a track that you can curl up inside and be at peace. 'Good Morning G'Day' offers listeners that break. It ends the album, which hopefully begins the whole thing over again, on repeat.