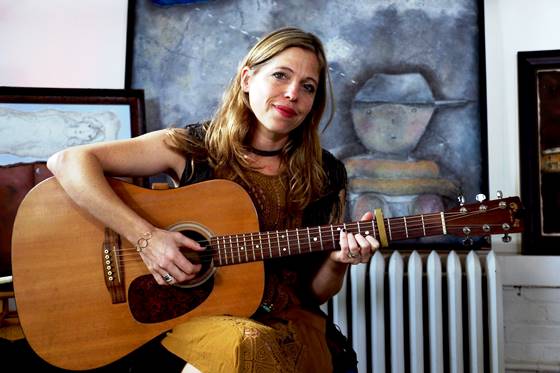 Emotive intelligence, place-setting compositions and a gorgeous, silky voice are Kathleen Sieck's greatest allies - and they serve her very well on the live stage. Powered by a quiet urgency I imagine most of her songs as the backdrop for cathartic moments in a dramatic film or love stories performed on stage. She's on to something, for while Sieck has been performing for years, her latest material - this newest incarnation - is the strongest of her career.

Kathleen entered our musical lives a little more than a year ago, having played a few dates with Outlaw Roadshow regulars on the West Coast. She was won over by their stories and she wrote to Adam and I with an idea - that she would travel east in October to play The Outlaw Roadshow New York. The only problem, she said, was most of her songs were not new. And consequently, her email was not a request - it was a challenge to herself. She vowed to write and record songs from the heart that were worthy of an invitation.. I had never received an email quite like it.

Completely mesmerized. These new songs are perfect. Kathleen fits in perfectly in this setting - at home with The Outlaw Roadshow, painted on the stage with the original artwork of the gifted Felipe Molina. Amazing work Kathleen. Welcome to the family! 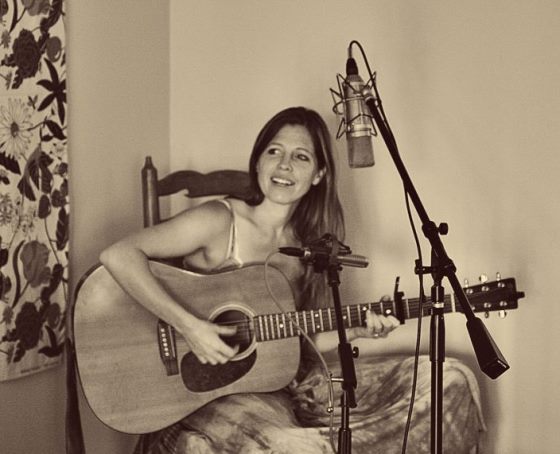 Unknown said…
Thanks for sharing this Ryan. Her voice is beautiful. Like you said, these would be perfectly placed at those cathartic moments in a movie.
20.3.17