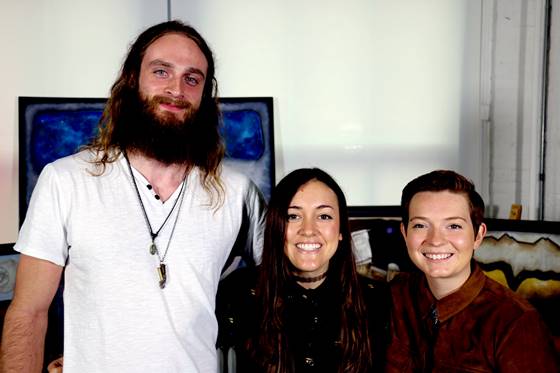 So excited to share this one with you! Each year a number of national acts join the fold - the Outlaw Roadshow family - perhaps my favorites this year were The Harmaleighs. The Nashville duo offer some of the best harmonies in the game and their ascension in the worlds of Americana, Pop and Folk have made them winners in their Nashville scene - and just about everywhere else the road roams.

A conversation over music and a glass of wine with co-creators Haley Grant and Kaylee Jasperson could last all night long. They really are artists in every sense of the worlds, creating love on the stage as they go and sharing their vision for the world. Joined in this session, recorded in New York City, by the talented Myles Baker - this is one of the best audio treats of the season.

The Harmaleighs are really good at bending ears and quieting loud rooms. After pulling off a few mesmerizing numbers - which serve to silence the bar crowd, pulling the audience out of their lives - Kaylee and Haley begin to deliver funny, self-effacing stories from the road and living out of an automobile. (This is an illustration in dedication and affection.) The room leans forward to hear more and the music commences.


In this amazing session in The Garden, The Harmaleighs sit in a virtual gallery with the original paintings of celebrated artist Felipe Molina on all sides.

Touring behind their latest album, the appropriately titled, "Pretty Picture, Dirty Brush," The Harmaleighs promise new dates in 2017. We would love a new record as well. No matter where they may roam, they will always have a home to return to with The Outlaw Roadshow! 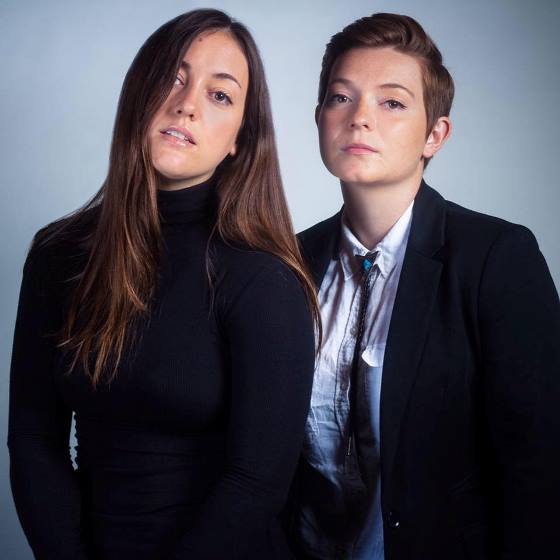 MORE TO COME: All footage and production (how about that sound??!!) for this year's Outlaw Roadshow in New York are the work of Ehud Lazin of SBG. It has been a joy to work with someone as passionate about new music and historic performances as we are. We want you to share Ehud's videos to the world!
Email Post
Labels: Best Live Acts Ehud Lazin Felipe Molina Hayley Grant Kaylee Jasperson Myles Baker One to Watch The Harmaleighs Videos