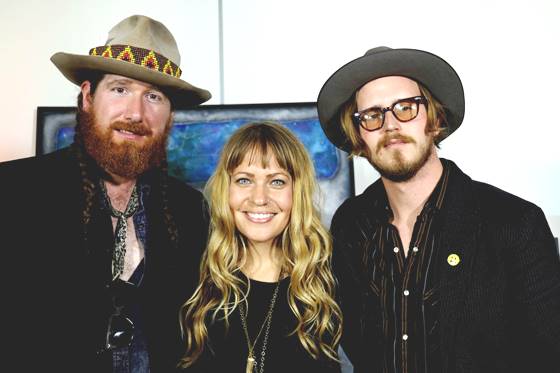 The scene you are about to see was written a full year ago but unfolded just this fall in New York City. Let that sink in for just a bit while I offer up some mood music.

Brandy Zdan dropped one of America's best full-lengths in 2015 after many years of performing and working with and for others. For the better part of the last decade, the native Canadian — now living in Nashville, TN— has garnered acclaim as half of the gothic folk/roots duo Twilight Hotel, with two albums, 2008’s Highway Prayer and 2011’s When the Wolves Go Blind, nominated for prestigious Juno Awards (Canada’s Grammy), as a formidable multi-instrumentalist (touring and recording with the Americana all-girl band the Trishas), and even as a solo artist (with LoneStarMusic hailing her 2013 Lone Hunter EP as “a one-woman tour de force.”)

Brandy appeared at last year's Outlaw New York with Texas legend K Phillips (the Counting Crows national opener who also now calls Nashville home) and she was immediately invited back to perform. It was utterly amazing to see how much the music from her 2015 album evolved and grew in that span. What you are watching here is one of the best music acts in America performing for friends - it doesn't get ANY better than this.

In this amazing video session, we see Brandy and the band execute in the midst of the works by paintings of artist Felipe Molina.