The Next Sound from The Outlaw Roadshow... it's Sulfur City! INTRODUCTIONS ARE IN ORDER - For the regular listeners to The Outlaw Roadshow radio program, this one's no surprise.. I'm so excited to share one of one of my favorite sounds of 2016 and a staple on our weekly show. Sulfur City play their first Outlaw Roadshow next week in Toronto, bringing both sides of their sound: a post-punk blues stomp and their equally amazing improvisational jazz rock grooves. The two worlds are proven to co-exist on one stage. This listener likens it to frenetic hard blues shaken up in the repertoire of a sick world band.

Think Eric Burdon and War (on vinyl, of course) on a hot summer night. Just so unexpected and, just so, .. perfect!

Best Of 2016 Album Nomination - In May, Sulfur City released new album, Talking Loud (via Alive Natural Sound) and it's been on heavy rotation in both my car and my head ever since. The attachment of the Alive Natural Sound name is not something to be sneezed at.. (Hacienda, Black Keys, Hollis Brown, Buffalo Killers, Radio Moscow and James Leg - amongst many, many others!) 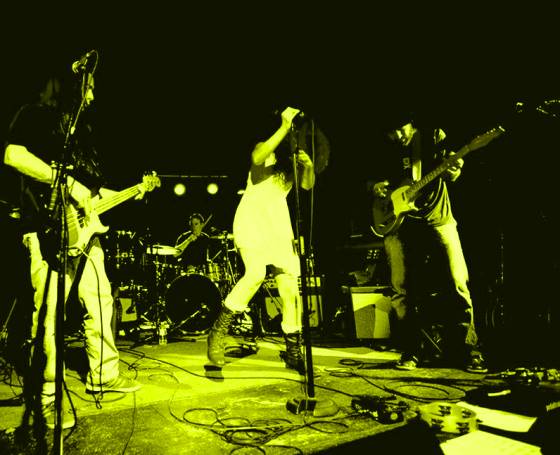