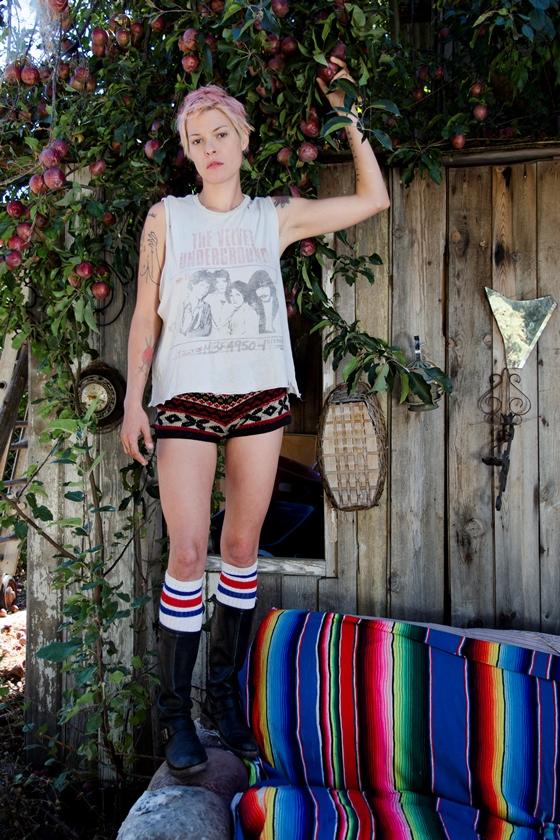 INTRODUCTIONS ARE IN ORDER - To describe Star Anna’s sound would depend on the day, the show, the album, or the band. Alt country, folk, blues, soul, and Americana are all appropriate but what remains the central focus of every performance, is her voice. Star last appeared with The Outlaw Roadshow in New York three years ago and we were awestruck by her raw talent and promise. A year later she released one of the best records of the year. And whether she’s sitting on a stage with only her acoustic guitar or backed by some of Seattle’s finest musicians, it’s her voice that defines her music: belted out with a raw, grittiness that bellows out from some deep, dark reserve, it is softly laid down atop gentle strings, aching and tender. Alternately she spits out vocals with a fierce recklessness that echoes the glory days of punk.

Star Anna's been compared to Joan Jett, Arlo Guthrie, Fiona Apple and Joe Cocker but she is unmistakably her own entity. Spare, fragile and gutsy, Star Anna is the real thing. This is a name you need to know. If you can get into Manhattan this week, you belong with us. 28 Amazing Acts and Free.