One To Watch - Ryan McDowell

It is often said that to be a true artist, you should be able to take your pain and turn it into art. Massachusetts-bred musician Ryan McDowell has taken that concept one step further — out of a profound rejection in his young life, he has created a four-part, 23-track concept album. Berklee Reject is exactly as its title suggests. As he wrote, recorded and performed music through his high school years, it was the dream of this talented teenager to attend Boston’s prestigious Berklee College of Music. The college’s unfortunate decision caused him to reassess his life and explore his identity. In doing so, he has created a masterpiece. 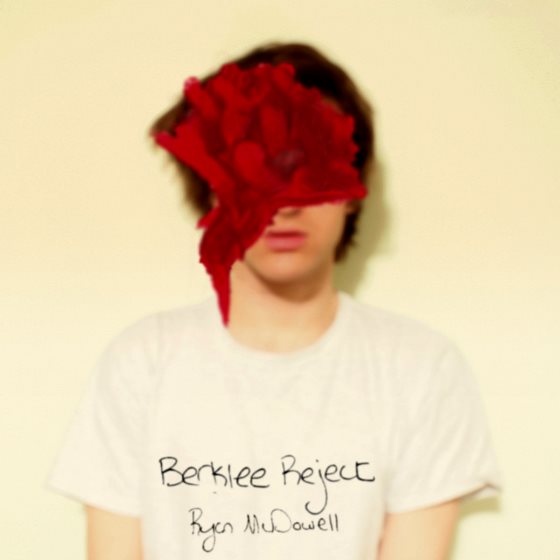 That early rejection spun him out of control, and while sinking into the depths of despair and wondering what he was going to do with his life, McDowell started writing a soundtrack to his pain. What emerged from his uncertainty is a stunning portrait of a young man grappling with emotional upheaval and the pressing need to plan his future. It is a story of existential crisis and self-discovery. What emerges from the inner turmoil is a lyrically rich and musically sophisticated collection of songs about life and an American suburban upbringing. The songs’ subject matter delves into his yearnings and dreams, parental expectations and McDowell's search for identity. 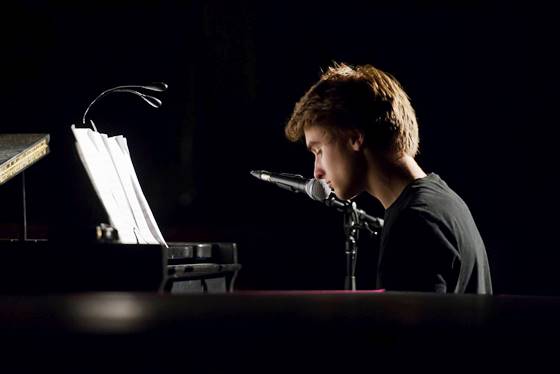 The journey begins with McDowell’s “What the F**k” introduction, laying the groundwork of his Berklee rejection and subsequent breakdown. The hypnotic chanted and layered acapella vocals with the insistent drum beat conveys inevitability and resolve (“Every river finds its ocean; every sailor finds their sea.”). Amid raps and wartime revelry, “Welcome to the Endtimes” oozes histrionics and self-pity, but that’s instantly forgiven, thanks to its breathtaking execution. “White Suburbia” and “You Were Born as a King” paints a clear picture of his privileged yet claustrophobic existence in suburban America, struggling with not fitting in with society’s and parents’ expectations. His observational distance and poignant insights keeps things from getting too whiny.

The title track, “Berklee Reject,” tells the story that frames the entire album. This fantastic art-folk song highlights an accomplished voice with many personalities that he conjures at will, switching tones frequently throughout. It is also the young narrator at his most jaded.


Vocally, Berklee Reject explores pretty much everything a human voice can do — indie rock, theatrical and folk style singing; spoken word; old-world acapella; choral music and modern rap. The lyrics often read like streams of consciousness, while instruments and vocals are looped and layered to form everything from hypnotic acapella and percussion pieces to lush symphonic compositions that wouldn’t be out of place in a Broadway musical. McDowell wrote and recorded nearly the entire album completely by himself, save for some guitar parts.

War is a frequent theme in McDowell’s music. An earlier song is “Gary Owen,” a piano and vocal-driven civil war ditty, the title a reference to a nickname for the U.S. Army 7th Cavalry Regiment during the civil war. And then there’s “Blood on the Risers,” an acapella rendition of a song commonly sung by U.S. Paratroopers during World War II (though with alternate and even gorier lyrics). This can be thought of as a metaphor for the war within, trapped behind enemy lines and living a life not in line with one’s own sensibilities, yearning for freedom.

The composer’s savvy shown on this latest release obviously comes from his experience splicing and dicing others’ music. Some of the songs seem like a mish-mash of concepts and melodies, but it all works brilliantly.


Though he briefly took piano lessons as a child, McDowell’s musical expression began in high school. Being too self-conscious to write and sing his own songs, he instead created mash-ups. At the end of his sophomore year, he began to focus on original compositions. His debut was released in fall of 2014, and by the time he graduated high school, he had released five albums of which Berklee Reject is the latest.

Verdict: An incredible show of force, especially for someone with just a few years of music making under his belt. McDowell will be featured on the WEMF radio program 'Under The Covers' on Saturday, July 23rd from 10:00 to 11:00 a.m. If you miss it, you can catch it as a podcast.