Something ominous advances from just over the ridge. It’s a steady, persistent piece of machinery that's demanding to be heard. Vasquez describes the 1:38 prelude of the title track of his new album, “a sonic palate cleanser.” And it’s immediately clear why we needed that forceful call to attention—and why Vasquez needed the full cleansing that came along with moving his family back to his early stomping grounds of Austin, Texas, (and ultimately perhaps) why has has embarked on his first ever solo album, Solicitor Returns. 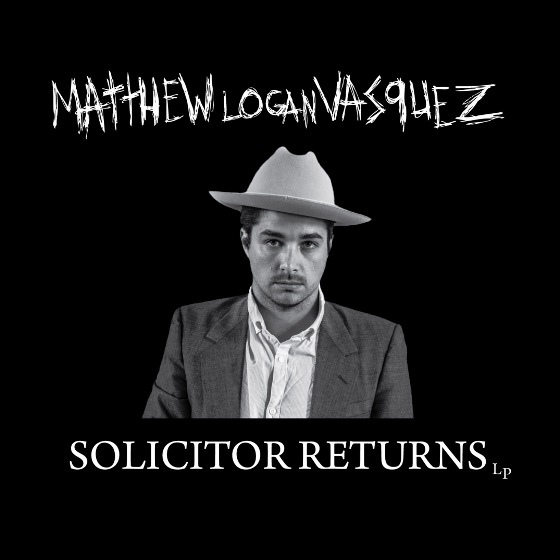 Throughout this intensely personal and muscular record, you’re struck by both its brazen ferocity and its delicate intimacy. I wouldn’t call it a complete departure from his work with Delta Spirit. It’s more emphatic and gentler; both grittier and dreamier and all the while, with the poetic poignancy of a classic troubadour that has always been Vasquez’s calling card. This introspective album is like his musical diary for the past several years, and it barrels out like hot lava flow that has been building up, craving release.

“Maria,” the album’s first proper track, is a powerful and heady beginning. This richly visual story seems like a search for life’s meaning, a vision quest, which culminates in a mental breakdown. This dark tale is accompanied by an insistent drum beat and a searing, haunted, down-and-dirty lead guitar melody that cries out in the darkness. “This song came to me on a flight,” explains Vasquez. “I wrote the lyrics out on those little napkins the flight attendant gives you. The melody came tome me like a vision. That doesn't happen to me very often. Normally I'll fight with the music and lyrics until I'm happy. It might be the first song I completely wrote in my head without an instrument.”

“The nurses gather round and help me back to bed
the self-inflicted injuries that started in my head
a mysticism that I practiced in my youth
found me huddled in Arizona, crippled by the truth.
“I can’t find Mother Maria, am I lost in Santería?
I will do anything as long as I can see her
I can’t find, I can’t find…”
- Maria

The symbolic soul journey of “Maria” launches directly into the musically upbeat and lyrically straightforward “Personal,” a bold statement of needing to do one’s own thing. It’s the anthem of a free spirit, and can be seen as his explanation for needing to move beyond the confines of the group for his first solo outing after ten years as part of a symbiotic organism. It’s very different in tone to the song preceding it. In fact, the entire album soars wildly free of allegiance to any particular genre or aesthetic.

“I Bet It All” and “Everything I Do Is Out” are, like “Personal,” extremely intimate songs, in addition to having both softer and harder edges than Delta Spirit’s impressive catalog. The former swells with a psychedelic-folk vibe and spiritual reverence, while in the latter, it’s balls to the wall. It’s this breadth of styles and full-throttle of memories and emotions that make this album special. So the question arises — does this powerful solo effort herald the end of Delta Spirit?

“Collaborative nature is what makes Delta Spirit special. You're not going to find many bands these days that ascribe to that model,” explains Vasquez. “It's a hard road and a lot of ego to manage (mostly my own). I'm certainly proud of everything we accomplished together, but (at) times I feel like the song has suffered because there's too much compromise in arrangement. This music is my way of letting my freak flag fly again. I haven't had this much fun in years. My guitar playing has improved tenfold and playing with other people has also challenged how I lead a band instead of being one-fifth of something. It's also been fun to get lost in a jam with new people. The sound of discovery is an exciting thing!”

For the new album’s earthy and sometimes psychedelic vibe, he double-tracked vocals on a few of the songs, laid down some mind-bending guitar solos and took inspiration from the otherworldly sounds and textures of early Pink Floyd. “I was chasing the fidelity of Pink Floyd's Meddle, says Vasquez. “The intro is also a nod to that album. I also wanted to have the attitude of Plastic Ono Band when it came to the mix. I mixed everything a song at a time and no more than a few revisions were made. The more you tool with recordings the less fun you here coming out of the speakers.”

After the I-don’t-give-a-shit feistiness of “Everything I Do Is Out,” there’s the folksy meandering but just as penetrating “Black East River,” with its wistful New York memories and mention of 9/11. It’s a slow burn to the end with “Stand Up” and “Bound To Her,” the former full of angst and the latter resolute. “New York,” as the title suggests, is Vasquez’s ode to his Greenpoint, Brooklyn residency that lasted nearly 3 years. “I loved my time there and look back on it fondly. I wrote the song to Brandon Young from Delta Spirit who had spent a year on a couch while we worked on DS's latest record ‘Into the Wide.’ I love New York but I'm built for Austin. The culture and nature in central Texas have had healing powers for me.”

In keeping with the DIY theme of this remarkable album, he released it himself in the U.S. (it’s on Dine Alone in Canada and Devil Duck/Indigo in Germany). He is also handling those important relationships — public relations, radio and retail — on his own. For an indie musician trying to sail today’s treacherous seas, it’s really the only choice, though it takes equal parts savvy and moxie. “I've been in the record business my whole adult life, explains Vasquez.” “I hired out my own radio and PR people. I went directly to record stores I had good relationships with. I built my own webstore as well. It'd be a lot harder to do all this if I hadn't already had great relationships with great people. There's plenty of negative things I could say about the industry as a whole, but like my late friend Stephen Short used to say, ‘They don't call it the music music.’”

Verdict: Vasquez’s warm Texan grit, snarling-to-honey vocals and storytelling prowess (not to mention serious guitar chops) is on full display here. This is songwriting that’s visceral and affecting, straight from the heart, as he takes the listener along for the deep dive into his soul excavation. Highly recommended.

A BEST OF 2016 ALBUM SELECTION 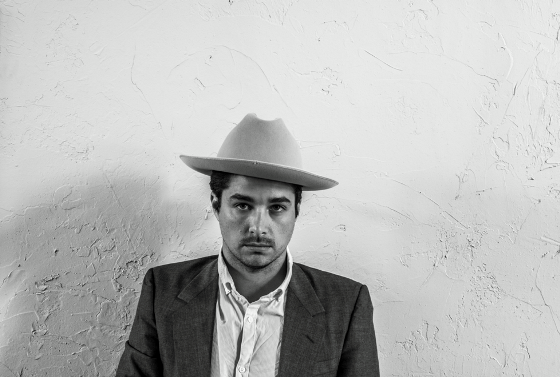