Fresh off their latest EU tour, Hollis Brown are back in the states for the holidays and I thought I would share this amazing little video from their summer foray, touring the United States in support of Counting Crows on their national tour.. It was a real grind for Hollis Brown, playing almost every day (even off days on the tour they found stages with exposure opportunities) and they ended up winning all kinds of new fans.

This video sees the band stopping at the precipice of the Grand Canyon to perform an acoustic version of "Cathedral" (from their album 3 Shots) in nature's church. It's a slick, spontaneous performance in one of the world the world's most beautiful settings!


Since its formation in 2009, the scrappy New York outfit known as Hollis Brown has emerged as one of America's most compelling young rock 'n' roll acts. Drawing from a bottomless well of classic influences yet firmly rooted in the present, the band's output has steadily evolved from the raw immediacy of its early releases to the more expansive, adventurous approach that fuels its bracing new album 3 Shots. 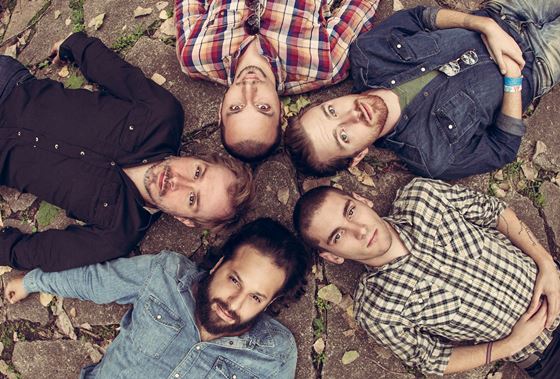 Three cheers for singer and guitarist Mike Montali, who wedded his fiance Andrea over the weekend. The best for them and the whole band in 2016! Hollis Brown is Montali, guitarist Jonathan Bonilla, bassist Dillon Devito, keyboardist Adam Bock and drummer Andrew Zehnal.

You will see the band featured again this week in our big 2015 Best of Albums list.