You are only meeting him, but I assure that ramshackle rock poet Brick Briscoe is a kindred spirit. A radio-man and a producer as well as a live performer, he channels the energy and experiences on life's road into avant garde performances that are both intense and thought-provoking. It takes all types to make a music community and The Outlaw Roadshow couldn't be more pleased to make Brick Briscoe part of ours. Brick opens the Map Room stage of The Bowery Electric on Thursday 10/15. Expect the unexpected! 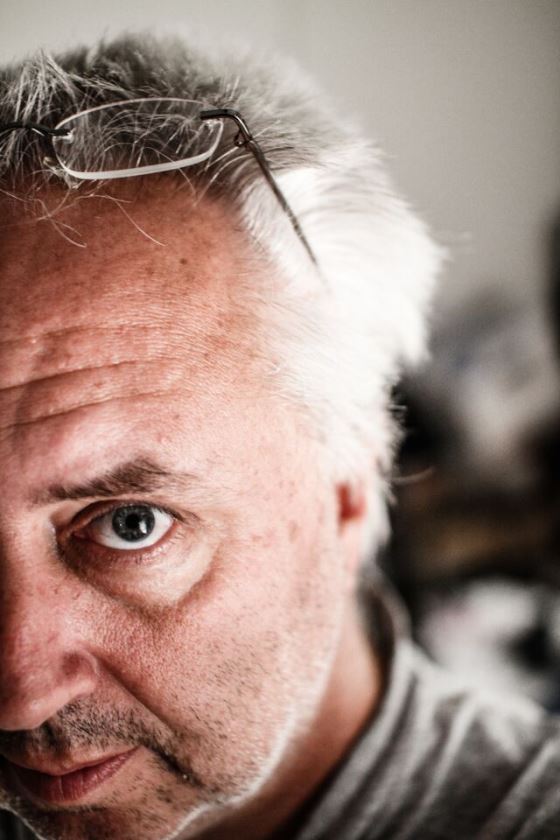 In between regional gigs and the occasional foray to Chicago, Minneapolis or LA, Brick gets by producing and directing episodic television. And also by scoring independent film and television projects. Recently he has started producing and hosting a radio show on an NPR affiliate called "The Song Show.” It is a show where Brick show’s his true passion for music and mines the deep history of song by relating common themes across genres and time periods in each episode. Brick was born and raised in Petersburg, Indiana. Although he wanted to do nothing more than be in a rock band, he was coerced into attending university. After taking a class at Indiana University on the complete works of Charles Chaplin, he decided to try to make films. During a stint at Southern Illinois University the following year, he discovered Truffaut, Godard and Tarkovsky, thus his fate was sealed.