Buffalo Rodeo were already an amazing band before The Outlaw Roadshow came to Nashville in July 2015, but Adam and I still consider them to be one of 'ours' now. The reason: like a great cup of coffee or a slow day in the park on a beautiful day  - Buffalo Rodeo hit all the right notes. Their songs feel like rays of sunshine and the effects of listening can sustain long after the last note has sounded. About once or twice a year, I unexpectedly climb up on stage after a band's set to publicly invite them to our next event (in whatever city it may be) based upon the power of their performance. That's what happened with Buffalo Rodeo. They make truly magical ethereal rock and folk look facile. One of the best young bands in America today is coming to New York. Buffalo Rodeo are going to devastate our audiences at The Bowery Electric late Thursday night 10/15. 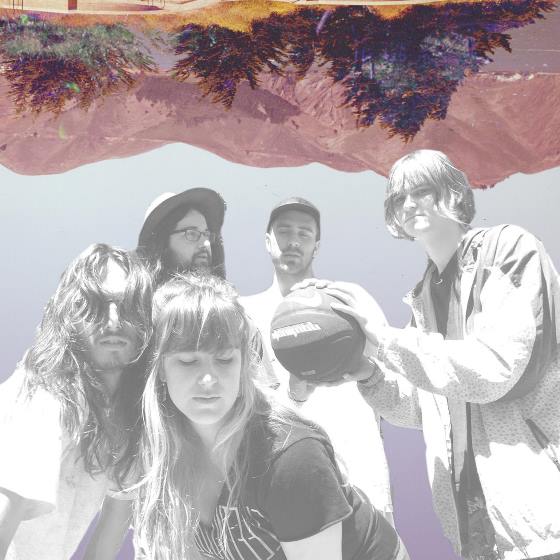 Formed around 2008 in a music-thirsty gulch of the hills of Bowling Green, KY around the likes of Cage the Elephant, Sleeper/Agent, and Morning Teleportation, Buffalo Rodeo has worked tirelessly as an independent band securing shows at festivals such as Riot Festival (Chicago), Moontower Music Festival, The Big To-Do Festival, Starry Nights Music & Arts Festival as well as booking tours and traveling through most of the eastern half of the United States. Comprised of original members Nate Davis (guitar), Zach Preston (vocals), and Ryan Gilbert (drums), Buffalo Rodeo added Jordan Reynolds (keys, vocals) in 2012 along with Patrick Duncan (bass) and Kevin Creambus (van) the following year to result in a road-hungry combination ready to bring vibrations to all the right eardrums.

Ethereal sounds echoing of early Pink Floyd stirred with the modern, rock quirk of Tame Impala - there is a perfect balance here. (Think Brian Jonestown Massacre without all that heaviness.) Every few years we get to work with the provocateurs of these psychedelic waters.
BUFFALO RODEO
Album / Web / Fb / Tw