Jill Andrews stopped time in Nashville this July in her first ever Outlaw Roadshow appearance. There in the country's music capital for the better part of an hour, you could have heard a pin drop between the notes. Andrews has become one of contemporary music's great treasures, something you're all going to find out in New York City as Andrews fires off fresh songs from her unbelievable new album, The War Inside. Adam Duritz and Ryan Spaulding are excited to annouce that Jill Andrews will join us at The Bowery Electric on Friday night 10/16. 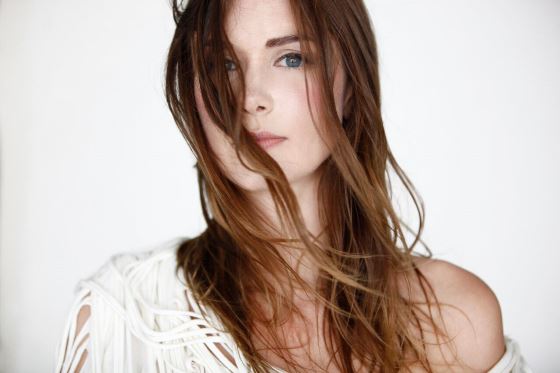 In the last few years Andrews' work has reached international audiences via soldout live shows and an infusion of her songs in popular television. Chances are, you've heard Jill Andrews' music and never even knew it. The songs on the new record are more than just a solid progression, this is total breakout material. Predicting you're not going to want to miss this.

On her latest,The War Inside, Jill Andrews shines a light on her own struggles and successes, tying the songs together with a new sound that mixes her folk background with a wider set of influences. While working on The War Inside, Jill signed a publishing deal and began landing songs in multiple TV shows and movies, including Grey's Anatomy, Nashville, American Idol, Hart of Dixie, and Me, Him, Her (2015) etc.... One of her songs, “Joy Parade,” also appeared in The Music of Nashville: Season 2, Volume 2, a TV soundtrack that rose to number 13 on the Billboard 200. But Andrews made sure to save the best songs for her own record.