INFJ are Spotlight Performers at The Outlaw Roadshow New York!

Music like a cool fall breeze passing through your hair, INFJ is a real breath of fresh air. Just a few short notes in and the slow, easy beauty of the duo's approach and easy magic becomes clear. Playful choruses and inspired, often sparse, guitar are characteristics of this music. Adam Duritz and Ryan Spaulding are excited to share with you this inspired new music project in their first ever Outlaw Roadshow appearance! This is a very special project. 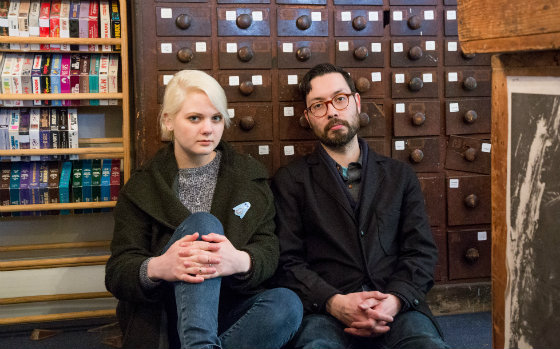 INFJ, so named for their shared MBTI personality type, is Hayley Simmons and Scott Thompson (also a member of the New England roots rock band, Tallahassee). The pair, first introduced via social media by a mutual friend, initially worked long distance before convening last summer in Providence, RI to record their debut EP. The self-titled effort, co-produced by Ben Knox Miller (The Low Anthem) at the Columbus Theater, has been described as "poignant pop," (Redline Roots) and "brilliantly walking the fine line between warmly melodic and darkly haunting," (Twangville). Having since closed their geographical gap, INFJ began playing its initial shows around New England just this year. This is definitely an act for you to be watching!