AN ARTIST
INTRODUCTION
by Julie Stoller 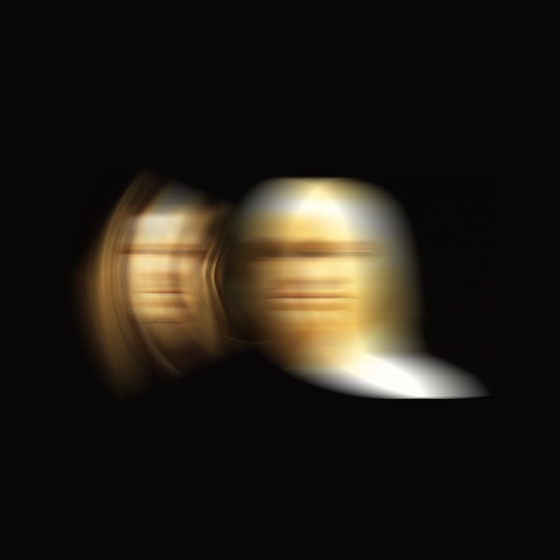 Bulls have a rich symbolism dating back to ancient times. A bull epitomizes power, strength, confidence, unpredictability, perseverance, fertility and of course, aggression. While this music is not aggressive in the traditional sense (actually, it’s quite dreamy), it is a bold direction for Bulbrook and Sallis, being quite different in style and sound from their primary bands (though inevitably informed by both). Reverb-infused guitar fury, synthesizers, percussion and soaring strings swirl around Anna’s haunting vocals. Think dream pop and new wave with a little goth and a touch of grunge in the form of Marc’s dirty/pretty lead guitar. They creatively roam far beyond their previous roles to explore exciting new breeding grounds.

Their Small Problems EP begins with the title track and the directive, “you’ve got to change your heart.” It’s a cool assessment of a selfish and detached lover (“Heart, untried, city of one, beating for none”) that’s countered by driving percussion and passionate guitar. Starting quietly, it builds into a fury and drops back down beautifully to where it began. “Rumors” has an irresistible new wave feel with fuzzy guitars, while “Truly,” a stunning stand-out track with brightly ringing guitars and sweeping strings, uses repetitive lyrics to entrancing effect -
“So come and take it from me, from me, from me
I will tell you truly, truly, truly
I don’t care what’s coming, coming, coming
I’m gonna stay alone.”

Bulbrook and Sallis first met during various criss-crossings of their respective bands’ tours (New York City, London, Paris). They bonded over a love of ‘80s and ‘90s shoegaze and dream pop artists like Bauhaus, The Cure, Siouxsie and the Banshees, the Jesus and Mary Chain and Nico. Finally, while out in the Mohave Desert of Indio, California, they decided to hook up and hit the studio.

Since their debut song “Come Unwound” was released last November, accompanied by its hypnotic kinbaku video, The Bulls have bolted out of the gate (so to speak), collecting praise from The Los Angeles Times, Consequence of Sound, LA Weekly and Diffuser.

“Come Unwound” was the duo’s shocker of a first single. Shocking, because this solemn beauty of a song comes riding in as a pair of noble white horses (trust me, I see it) and slowly unfurls into a breathtaking orchestral masterpiece (“Don’t make me turn this car around / Hope’s not lost, it’s just unfound”). If comparisons are made to Arcade Fire, this is obviously the song that brought that about. The EP closes with an interesting and unique remix of “Come Unwound” by Morgan Kibby (M83 / White Sea). One’s take on this remix will depend upon one’s electro-percussive sensibilities, but there’s no denying the beauty of the vocal harmonies.

As Anna said in her Consequence of Sound interview regarding the music’s subject matter, “I suppose you could say that the EP looks at the life-cycle of love — potential love, self-love (or lack of it), conflicted love, loneliness, the end of love. Everything except for the ‘happily ever after’ part.”