I really dig the blues and I sure as hell love rock 'n' roll.. And anyone out there who finds a way to combine the pair and bring it justice has my golden ticket. Maybe it's the whiskey drinker in me, or maybe it's the passion for the eternal, but all it took was one Skunkmello show and I knew they were the real deal. There's a raw, devil-may-care storytelling here that from one song to the next the band could showcase Black Keys-inspired guitar and drum and then immediately enter into grungy blues.. 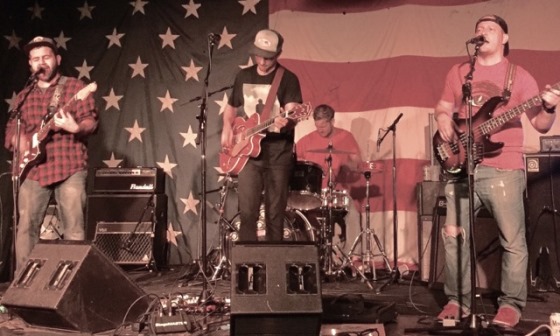 The NY band just played for us this March in Austin, TX and we knew right then we wanted them back with us for our inaugural showcase in Nashville. This is going to be wild! Skunkmello plays Saturday 7/18 at 11:30pm at The High Watt. Don't miss a second of this set!


MEET SKUNKMELLO - After more than 3 years of late nights, lost shoes, and last calls, Skunkmello remains one of New York City's hardest hitting and rowdy rock bands. The band's latest album "Stars & Stripes" (2014) has received blog love and radio play in multiple cities. They are finishing new material and looking to position an album in the year ahead. Definitely One To Watch!