OldJack has been added to The Outlaw Nashville!

It's hard not to think of the New England Rock & Soul band OldJack and think of The Outlaw Roadshow. Our successes as a music event over the years, and subsequent expansions into cities like Nashville, has helped us expose more people to great emerging music. One of the best of those bands is OldJack. They have triumphed on our stages, winning new opportunities and the hearts of music lovers in different cities. The players are many - at times as many as nine on stage, flush with life and vitality. But a band like that is unsustainable on the road. And you still have to feed and house everybody, even on a dead Tuesday night in Peoria.


So this is the perfect band.. And the right band for us. OldJack offers a rich, amazing sound and propelled by the fire inside each of the players. This is a band that works its tail off, driven to it and held to the fire by the mad creative Red Beard; the ringleader of OldJack, Dan Nicklin. And together they drop jaws. There's something magical that's going to happen in OldJack's set.

Especially if you've never seen them before.. You will be released at some juncture. Free of issues and worry, free of time and deadlines. It really happens when any band hits their stride and with the best, you don't even know it's happening.. 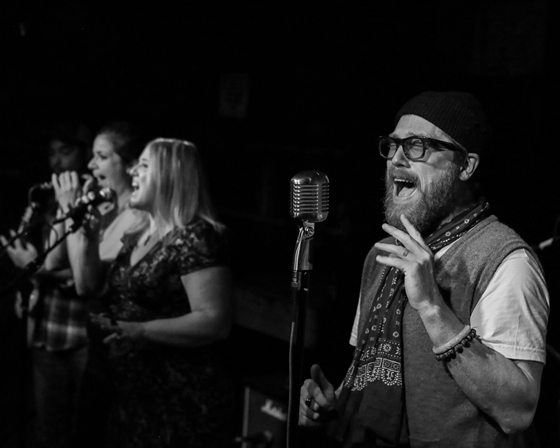 The last year of OldJack has seen some significant changes. The band has added keyboards! Two members have stepped away and new, influenced players have stepped in. The standards have never been higher. This is a new OldJack and funny it is to say, this music writer - who has known this band now for many years - is excited to see where this leads. Nashville, you are in for a treat! OldJack plays Saturday 9pm on the Mercy Lounge stage.

OldJack’s catalog includes multiple EPs since its creation, Union Glory and Gone Before You Know, a Maxi-Single and the While Label Single Series. In 2014, they put out their first full-length album since the band’s debut, What Is Home To You. The collection of eight tracks pays homage to the band’s influences and styles that have had critics wondering where to classify them for years. A new full-length album is being recorded.