We return to dropping artist videos from The Outlaw Roadshow this week and I definitely thought we would start it off right with these guys. POMPEII quietly walked into the Garden and straight into our hearts.. Head over to The Outlaw website later today for the full session. here's a sneak peek as Pompeii (and friends) flood the garden with "Celtic Mist."


Audio and Video by Ehud Lazin

HISTORY AND SOUND - Pompeii's signature sound of weaving delicate ambient openings into large dynamic crescendos is unmistakeable. The band is back from a five year hiatus with their third and most striking record to date, LOOM. Often compared to the likes of My Bloody Valentine to Sigur Rós and Mogwai, the band's sound still remains their own - atmospheric and effects driven. LOOM was engineered by Erik Wofford of Cacophony Recorders (Explosions In The Sky, Okkervil River, My Morning Jacket) in Austin, TX and mastered by Jeff Lipton at Peerless Mastering (Arcade Fire, Bon Iver, The Magnetic Fields). The foursome has also enlisted the help of the Tosca String Quartet for this latest release to round out their unique melodious sound. 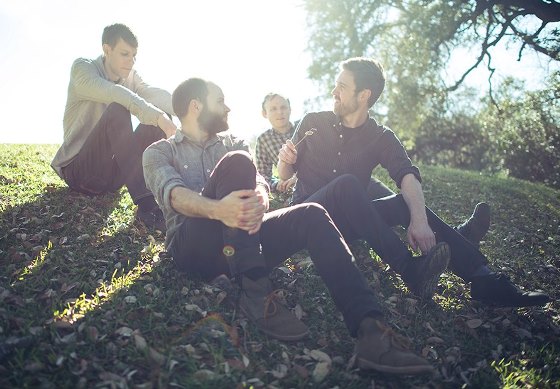 Formed in Austin, TX in 2004, Pompeii has since been performing and recording music both in their hometown and around the world. The band's first two albums, Assembly (2006) and Nothing Happens for a Reason (2008), garnered much attention from film & television placements. They have received international attention and critical acclaim from outlets such as The New York Times, The Guardian, The Chicago Tribune, American Songwriter Magazine, Filter, NPR, Apple, and MTV. LOOM, a stirring, symphonic and poignant effort, is out now on Red Eye Transit.