This is BUFFALO STACK 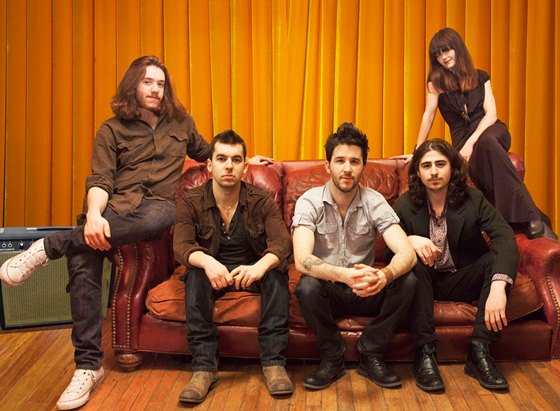 At the center of BUFFALO STACK are the husband and wife team of Andy Stack and Tania Elizabeth - a pair of musicians who met in a New York club one night watching a friend play live. Andy had already proven his chops over the years as a working musician in NY and had toured the globe but was on the verge of moving away - until that night when he met Tania - who is the fiddle player for The Avett Brothers. There was instant magic. Within seven months they were married and playing shows together as The Stacks.

One night at Levon Helm’s Barn they heard Lee Falco (drums), Brandon Morrison (bass) and Connor Kennedy tearing it up. The 5 became fast friends and Andy invited Lee and Brandon to come record at his house. Their virtuosic playing combined with Andy’s songs, voice and guitar beautifully. Over 6 months they crafted a lush, soulful Roots/Rock album, with his wife Tania adding string sections and vocals, Jeremy Baum on keys, Rich Hinman on Pedal Steel and a horn section by Andy’s former bandmates Fred Reiter and Kevin Batchelor from his days with the New York Ska Jazz Ensemble...Buffalo Stack was born.

Have a listen to this one from the new album!