Owed To The Tanglin' Wind is a celebration of blue collar art and life - songs presented through raconteur story-telling and grandiose instrumentation. The record is bolstered through unconventional production values and from the artist's unique vision. Featuring members of The Low Anthem (among others,) it's an unexpected pocket of brilliance. I have long since come to expect quirky beauty from Dan Blakeslee. He's a truly gifted designer and illustrator and those qualities shine through in his songcraft. And as with Blakeslee's line-drawings and illustrations, he uses his hands and will to free-hand, carve, scuff and layer the songs on this record. To even those of us who have known him for years, it's pretty clear Dan has been holding back something great. Here it is.


Please forgive me while I search my memory banks for runs of songs with similar styling. If I go all the way back to 1970, the year which Bob Dylan released two unlikely albums: New Morning and Self Portrait, you can find some rather interesting creative similarities worth considering. Dylan here gleefully escaped the grandiose social commentary cliches and romantic ideals of the Sixties records. And in their place? Triumphant songs of the soul and expressions of the moment. Some focused and precise. Some, decidedly, not so.

New Morning, the second of the two releases, was received more warmly for it's superior songwriting and original ballads of American biography. Self Portrait, meanwhile, was a hugely satisfying foray into the celebration of folk and country's past through jangly imprecise, whiskey-soaked vision. The songs were about gerrymandering and lost love. It was a fitting foil to the more delicate New Morning, which appeased critics but was equally as defiant in its departure from the artist's own celebrated past. (Think of these two records as odd-fellow book ends from the same creator in the same year, the likes of which the world wouldn't see again until Tom Waits released Alice and Blood Money in 2002. Not important for this reference, but I'm a true music geek.) After years of listening, I feel these two albums from Dylan were inspirational for a number of modern performers' focus - probably most notably Tom Petty's resurrection in the Nineties with Wildflowers. Dylan is influential here in style, for Blakeslee as well. 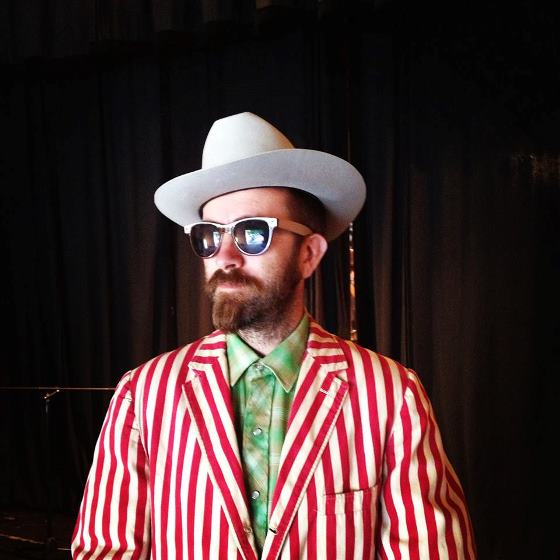 Do I feel Blakeslee was directly influenced by these two Dylan LPs? Perhaps not (I feel that Petty almost certainly was, though). I do feel that Blakeslee and Dylan likely stopped beneath the same shady tree of creativity at some interval, pausing to dip a hand in the cool waters of the same cosmic oasis for a time. In art and in life, these things happen.

There are so many interesting parallels here that I found it was impossible not to mention. Blakeslee's focus on storytelling and his patented disregard for protocol are one thing he and Dylan have in come. Blakeslee's easy country vibe is also eerily similar to Dylan's - especially on Self Portrait, some 44 years later. So good. And if it sounds like I've spent a lot of time on all of these records, you would be right.

Dan Blakeslee is a singer-songwriter for you to know. Owed To The Tanglin' Wind is added to our Best of 2014 List. You'll need this one. 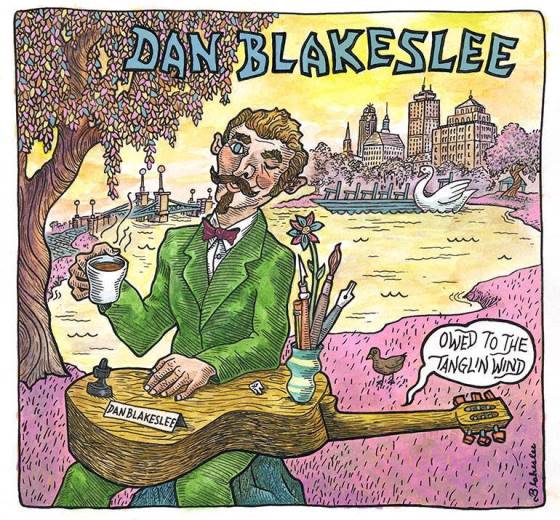