Morrissey - World Peace Is None Of Your Business

On Further Review
by Mark Phinney
Mark Phinney is a Director.
He lives in Boston, MA.
More on his film 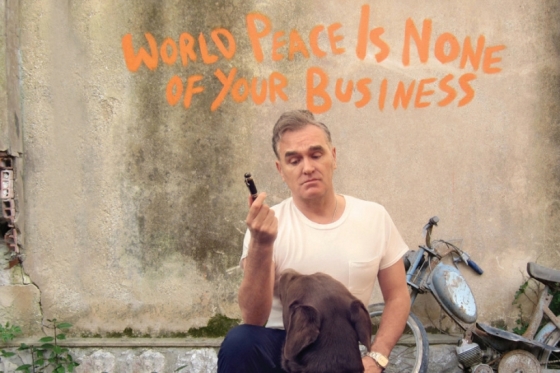 I was one of the fortunate few who got to see his last show on this tour in Boston - during which Morrissey showed off about five of the new tracks, including the title track - before the rest of the tour was cancelled. When the album was announced a while back, I fell in love with the title - World Peace Is None of Your Business. It’s the perfect, biting satire that Morrissey has come to be known for. At the same time, the album cover features the light touch of Moz and his best friend, a brown lab waiting for a treat. Be not fooled by this meek imagery though, for inside that cover is a host of snarky, razor sharp, and sometimes mean, maladies (as Moz would put them). In this humble fanatics opinion Morrissey hasn’t gotten this down and dirty since ‘92‘s Your Arsenal.

The title track is everything you want it to be: big, bold, brash. It’s a plea. A cry for you to unite with Morrissey’s rally against everything dictatorship-y. It’s all done in his trademark, wise ass wink and nod. You want to follow him after hearing this triumph of catchy chords and harmonies. You can feel that he sympathizes with the people around the world who live in chains, under horrible regimes. At the same time, he is imploring them to stop allowing it to happen. 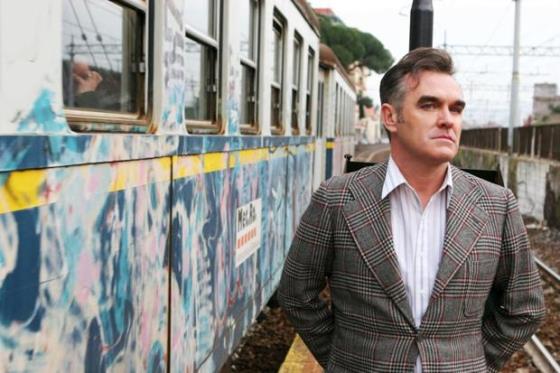 The tunes here run the spectrum from political to personal to the literary and beyond. “Neal Cassidy Dies” shows off the Mozzer’s book smarts and his empathy for love lost at the same time. It can fall easily into this old chestnut- “This love is special because it’s ours” - when he talks about “ (Allen) Ginsberg’s tears.”

“I’m Not A Man” is probably the most personal tune since the Meat Is Murder Smiths days. Here he gets back to his hold steady beliefs about eating meat and the destruction of our planet. He mocks the big, strong so - called, men who show off their testosterone in a cowboy society, where he is quietly picking them to pieces with lyrics and melodies like - “Don Juan picaresque. Wife beater vest.”

Along this theme, “The Bull Fighter Dies” is an ode to the animal, railing against the cruelty of the “sport.” It’s another one of the upbeat tunes as well.

The stand out for me is “Staircase at the University.” It’s my favorite kind of Morrissey melodrama about young people and the adult shackles that are put upon them. This time it plays out the scenario of a Vladimir Nabokov or Philip Roth chapter in which a young girl has endured pressure at the hands of a scholarly father much the way Moz did in “Headmasters Ritual.” In the end, the pressure kills the girl. She dies by her own hand, much the way that Robert Sean Leonard’s character did in “Dead Poets Society.“ - this keeping in time with his cinematic homage’s. I have always felt a kinship between this movie and Moz, as if he could’ve done the soundtrack. Not to mention it’s the catchiest, most rocking tune on the record. How ironic.


This album is an amalgamation of the life Morrissey is living, loving and hating right now from cities and politics to love and hate. With that, one of the released singles, “Istanbul”, represents Moz’s love for yet another location, another home, which he has talked about a lot lately as a place he adores. A place near and dear to him as a beautiful, artistic open city - much like his beloved Rome, Paris and even LA in the late 90’s.

He even has that ever elusive soft spot to be loved on the track “Kiss Me A Lot” which harkens back to “Let Me Kiss You” from 2004‘s You Are The Quarry. Songs like this give us more insight into the private feelings of Mozzer that are usually misconstrued. Sometimes he covers his yearning to be loved in witticisms - but in moments like this, he wears it on his sleeve. 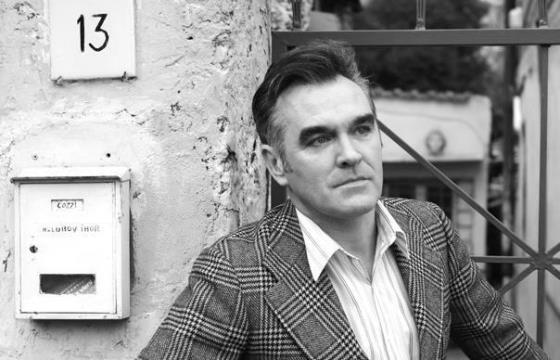 By the middle of this album, you will come to feel that this may very well be his best LP since the above mentioned Quarry. It is more patient, vibrant and broad. He doesn’t mince words or hold back. He is open and funny. He is serious and dramatic. All the Morrissey (and even Smiths) themes are here. It’s theatrical, poppy and grave in many areas. But as much as I love and will always adore the man and everything he does, even I have my moments when I turn a song off for l lack of it being the best he can be (this is very rare, mind you*). On this album I refer to “Earth Is The Loneliest Planet Of All” I am not a fan of the jumpy, mariachi thing he sometimes does. Not for me. Though the promotional little video he did for this is wonderful, with him and Pamela Anderson atop the Capitol Records building in Hollywood. The man truly knows regret and human tragedy and how to make it triumphant and beautiful. Yes, even the heartache. He always does something different in line with a new release. You can never say his music is the same. Not the albums, PR or videos. He is continuously inventive and evolving.


Like I said, he revisits a lot of themes. “Smiler With Knife”, for example, is obviously about someone who pissed him off (there has always been drama between him and former band mates.) This tune is a nice companion to “Speedway” from ‘94‘s “Vauxhall and I.” You can literally line the lyrics up side by side and see the bitterness towards those that have fucked with him. Moz has never been one to hold off on letting enemies know how he feels. But he always adds his breezy, casual feel to the tunes. It’s always something you want to hear even when it’s dark and he plays the victim, as he tends to do often in his music.

As we come to the close of the album, we come upon another Smiths- esque song - “Kick The Bride Down The Stairs.” While he’s showing his cruel side, it’s reminiscent of “William It Was Really Nothing” - “How can you stay, with a fat girl, who says, would you like to marry me, and if you like you can buy the ring. I don’t dream about anyone, except myself.” 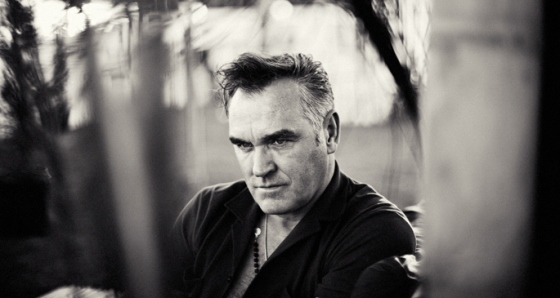 I know I have to end this review, so to sum things up, this album is Morrissey at his most mature. His middle age has made him even more progressive and tuneful. At it’s most masterful, it’s Morrissey’s traveling opera of ups, downs, love, hate and life itself. And it’s rounded off with a little sleep. Like on ‘91‘s “Kill Uncle”, this album’s “There Is A Place In Hell” is “Oboe Concerto.” - a nice, little meditation on life, career, art and music. There is always little summary at the end of his albums. Like an author with a novel, he closes with a thoughtful epilouge. And this album in it’s entirety is a thoughtful chapter in the on going book of Morrissey. I only hope it’s not the last

MORRISSEY
Album /  Fb
the record is in stores today.