Hallelujah The Hills and the incredible: Have You Ever Done Something Evil? 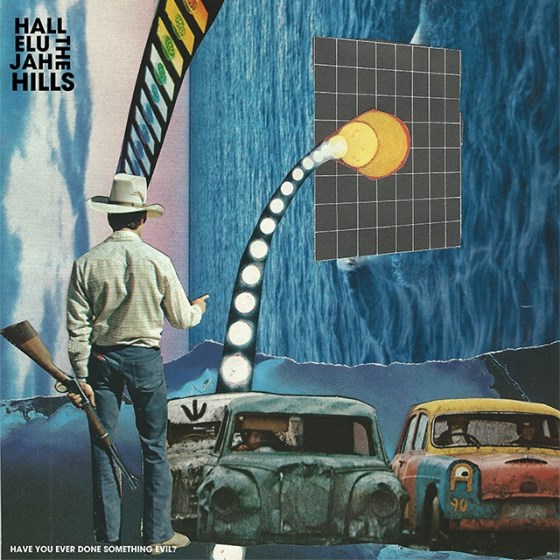 Hey alright, we're cherry picking days till we die
we're building shapes unknown to the eye
we're breathing life into the meteor skies
and I can't even sing

hey alright, can you believe we escaped alive?
Here honey, get into this disguise
they're gonna try and tell us doors have closed
but I say fuck that noise

Hey alright, I figured out how to sleep through the night
I told you no more revenge but I might
We’ll reinstate some classic spells from the zone
Now let’s destroy this poem

Hallelujah The Hills arrive at their pinnacle-to-date somewhat unexpectedly this Tuesday (5/13). With career-level performances and stellar, devil-may-care songwriting from Ryan Walsh, that's when the band release their new studio album, "Have You Ever Done Something Evil?" to the world. I am already possessed by the new record.

As a critic second, and a music lover first - I set out this week to discover exactly why this record strikes so many positive chords... Destroy This Poem is a perfect example of personal songwriting elevated to the stars. Self-effacing moments, glimpses into emotional memories and reflections on personal discovery are stacked up like train cars pointed out into the night. This is a brilliant record in an age in which bands make singles.  .

The band's fourth record, each of the band's efforts has progressively gotten better (the last of which, "Portrait Of The Artist As A Young Trashcan", landed them on our annual best of albums list.) So I did have expectations going in.. I did not, however, expect to spend as much time with this new record as I have. (Several listens this week.)

Have You Ever Done Something Evil? has the same dwell, the same power, the emotional upswing and artistic dance as Delta Spirit's 2007 masterpiece Ode to Sunshine, but has a thunder all its own. Walsh, as I have learned, is a pretty reliable narrator. When the band begins it's entrance and Walsh opens the door for us on Phenomenonology, the listener has little choice but to yell out, "shotgun!" and jump into the passenger seat... 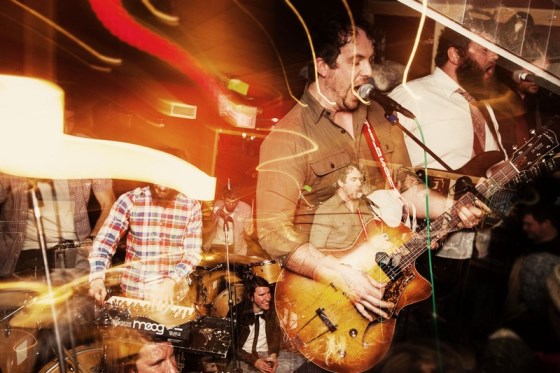 I promise to keep this embarrassing
I think I'm doing a pretty good job
without filters I proceed through the mob
telling everyone my every single thought
no reservation, hesitations in sight
it's a decent way to pass through the night

I came to on the floor
There’s others there with you too
Put yourself in a trance
Your automatic writing’s the best
Dim the lights, enter ghost
Somebody give it guitars
And do not what you're told
just tell us what you're going to do!

This is a winning record with a timeless soul and a foot in three decades. It's rich and vibrant without being overblown. And further, I feel it was made for music lovers. Each time I listen I pick up new elements and come to a fresh appreciation for what's unfolding. There will be a west coast tour in the days ahead and lots of press coming about this album. Believe the Hype. My highest praise for a band who can write a lyric like this (from Pick Up An Old Phone): "Pick up an old phone and hear the future coming back for you / We’ll turn to golden tape recorded versions of the truth / Everything is on it’s way."


"This is the best record I've heard in months. Maybe longer," - Ryan Spaulding 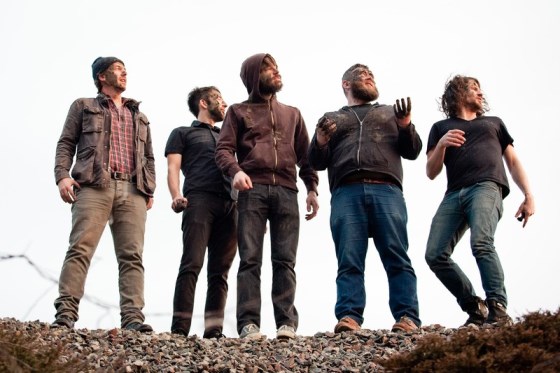 
LIVE PERFORMANCE - I will have Hallelujah The Hills on my radio program this Saturday 5/10. Tune in to The Outlaw Roadshow on WEMF radio at 4pm EST on Saturday for live performances, album talk and more!